Talk about busy! James Van Der Beek recently became a dad and, despite his hectic acting schedule, has taken the leap into charity spokesperson, raising awareness for Voices of Ulcerative Colitis (UC). SheKnows.com jumped at the chance to speak with Van Der Beek about ulcerative colitis and other projects he’s working on. 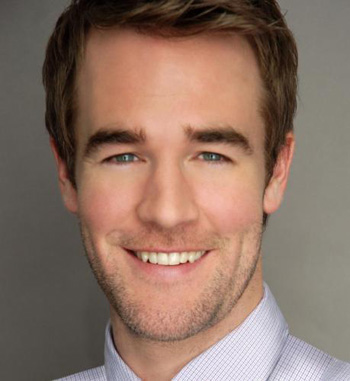 SheKnows.com: We heard you are working on a new disease awareness program.

Van Der Beek: Yes, I’m working with a program called Voices of UC to raise awareness about UC. UC is a chronic condition of the digestive system that affects more than 500,000 Americans. It can be very painful, but because the symptoms are not ones people like to talk about — it can make those who have it wary of venturing too far from the nearest bathroom — there is a lot of misdiagnosis.

SheKnows.com: Why is raising awareness of ulcerative colitis so important?

Van Der Beek: As part of the program, a survey was conducted with 1,000 people living with UC and 100 doctors who treat it. Some of the results blew me away — they showed that a third of people with UC are first misdiagnosed with another condition and that it typically takes a year and a half, and three different doctors, for patients to be correctly diagnosed.

The study also showed a disparity between what patients were experiencing and what they were communicating to their doctors. Half of the patients in the study reported experiencing at least three or more UC flare-ups per year. But when doctors who treat UC were polled, they said only a quarter of their patients experienced that many.

Our goal is to bring awareness that this disease is out there and to emphasize to patients how important it is to be completely honest with their doctor about what they’re going through.

Ulcerative colitis is nothing to be embarrassed about

SheKnows.com: Why did you decide to get involved with the cause?

Van Der Beek: My mother suffered in silence with UC for years. She kept her condition a secret from most of our family — even me — because it wasn’t something she felt comfortable discussing. It took her five different doctors to get a treatment plan that worked for her.

What I’m hoping to help do through my involvement with this program is reach out to people like my mom and let them know there’s nothing to be embarrassed about and that people around them might be a lot more understanding than they might think. After I got involved in this program, my mom opened up to her close friends and family and found an unflinchingly solid support system.

I’m happy to report that she has figured out a treatment plan that seems to be working for her and is doing much better.

Get involved in raising awareness for ulcerative colitis

SheKnows.com: What can people do to get involved with the cause?

Van Der Beek: People can go to www.LivingwithUC.com for more survey findings, personal stories and tips that may help them overcome some of the challenges of living with UC.

SheKnows.com: You recently became a dad. Congrats! How has that affected you and changed your perspective on life?

Van Der Beek: Talk about a game changer! Making a positive impact on the world used to feel like something I should do — now I feel like it’s the only thing to do. It’s amazing the changes you make in your life once that child arrives — not because of some obligation, but because something deep inside you has shifted. There really aren’t words. It’s just the most fun thing that’s ever happened to me.

SheKnows.com: What can your fans expect to see from you in the next little while?

Van Der Beek: I’ve been in dad mode the last few months, but before that I shot a movie called The Big Bang with Antonio Banderas (which should be out early next year). I just recently filmed a guest spot on the new TNT show Franklin & Bash, which debuts this summer. And I’ve got a few projects I’ve been developing and producing on my own, which I’m very excited about. I look forward to telling you more about those soon!

Learn about Kelly’s diagnosis with ulcerative colitis and her treatment at Cleveland Clinic.

7 hrs ago
by Alexandra Bruin