Known for its fast-moving action, hockey is one of the best full-body workouts anyone can get. And it’s not just for boys – more all-girl hockey leagues are popping up across North America. Here are a few things you need to know about hockey before racing for a puck. 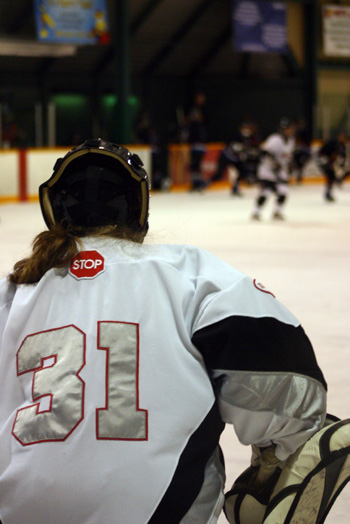 The first official game of hockey was played in the late 1800s somewhere near Montreal. It began as a stick-and-ball game that British soldiers adapted from a similar sport the First Nations people played.

Hockey is a team sport

It quickly blossomed into a team sport – with skates and a puck – where skaters used sticks to shoot a puck into the opposing team’s net. Because early variations of the game were played outside, the sport is most popular in areas that have winters cold enough for water to freeze for a long time, such as Canada, Russia, and Sweden – but thanks to the advent of well-cooled stadiums, the game has quickly become a year-round pastime in many climates.

Hockey’s most coveted trophy, the Stanley Cup, was first handed out in 1905. It’s named after one of Canada’s governor generals, Lord Stanley of Preston. It’s still handed out annually to the top National Hockey League (NHL) team in North America.

The essentials of hockey equipment

Hockey isn’t a cheap sport, though a lot of the equipment can be bought second-hand. First, you’ll need skates, and a hockey stick. From there, it’s important to invest in protective gear: helmet, shoulder pads, elbow pads, mouth guard, gloves, padded shorts, skin pads and neck protector. If you’re buying equipment for a guy, an athletic cup should also be worn.

Hockey is a full-contact sport

Hockey is an intense physical sport (as is evidenced by the amount of protective gear you should wear during a game). It’s a full-contact sport, which means body-checking and “sticking” are common. On top of that, the game is played on a slippery surface, which makes falls or head-hits common.

That said, there are some things you can do to protect yourself from injury while also getting a good workout. For starters, work on your cardiovascular health. Hockey requires lots of short bursts of intense skating. The stronger your lungs, the faster you’ll be. You’ll also want to improve your flexibility – you need to be agile when skating around players, avoiding body checks, and handling the puck.

Fitness benefits from a hockey workout

Because of the intense nature of the sport, a 150-pound person can burn around 550 calories during a 90-minute game. Hockey also works the legs, glutes and calves from skating; arms and forearms from handling a hockey stick; and back, abs and neck from maintaining balance on skates and maneuvering around players.

To learn more about the sport, visit www.nhl.com.

More on getting fit with women’s sports