Alysse Mengason of Birmingham, Michigan, had a grand mal seizure in her sleep and went into a coma. When she woke up she had no idea what had happened, but she fought her way back to a fulfilling life, and blogs the trials of living with epilepsy at BrainThunders.com. Here is a Q&A with Mengason for National Epilepsy Awareness Month this November. 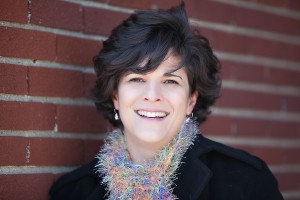 SheKnows: After intense therapy, you regained much of your balance and cognitive function, but still experience as many as 15 seizures per week. What happens during a seizure?

Alysse Mengason: I can have the tiniest little episode that lasts for seven to 10 seconds, where I just get dizzy and lose my ability to speak. Or I can have an episode that lasts about 30 seconds; I get very heavy-headed, I can’t remember the simplest of things like my husband’s name or my daughter’s name. I literally lose my ability to speak. My grand mal seizures don’t occur often, but I do have what’s called an “aura.” I have about a five-second warning where my head begins to spin, I smell sort of a metal scent and I black out completely.

SheKnows: How do you deal with seizures?

Alysse Mengason: I have tried at least a dozen anti-seizure drugs — one drug at a time or a combination of medications. I’ve tried the ketogenic diet — a high fat, low-carb diet that’s been proven to reduce seizures. I’ve also made two attempts at surgery in two different hospitals. Single-drug therapy was the way to go because I wanted to limit my side effects. 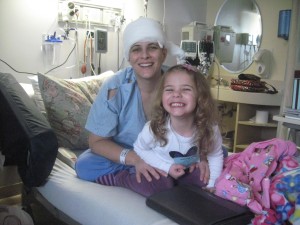 SheKnows: How has VNS therapy, where a battery-operated device implanted in your body sends signals to your brain to stop seizures, helped you live a more “regular” life?

Alysse Mengason: Because I’ve reduced the amount of seizures, I feel better. The VNS was recommended to me by my doctors after my second attempt at surgery failed.

SheKnows: How do you manage the day-to-day?

Alysse Mengason: My life is incredibly scheduled and disciplined. Because of this, my daughter and my husband are very scheduled! I don’t drive, so my errands are done at designated times when I do have help. Our daughter is involved in various activities, and I have a very specific plan on how we get to where we have to go, whether it’s with our babysitter or my mom — transportation is something many people take for granted. I’ve worked hard to build a small team of family and friends who help me now and then. 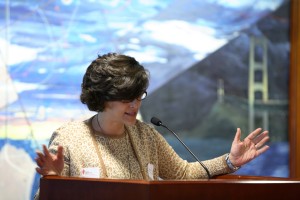 SheKnows: Can you improve your memory function?

Alysse Mengason: I write a lot down. I try to stay very organized and on top of current events. News will spark my memory. I also try to take good care of myself. Social media helps, too. I can connect with old friends on Facebook and in just a few lines they can remind me of things I can’t recall.

SheKnows: What’s your key message for people with epilepsy?

Alysse Mengason: Be your own advocate. Take your prescribed medication, avoid seizure triggers, make sure you find a doctor you are pleased with and work to form a great relationship. Keep up on epilepsy news and whether it’s virtual or in person, make sure you have a support system.

Sixty million Americans will develop epilepsy during their lifetimes. Let’s look at why.

10 hrs ago
by Ashley Papa