Marie Claire blogger Maura Kelly angered readers when she posted a blog detailing her disgust for overweight people who are like “heroin addicts.” How did she respond to the anger and what did Marie Claire editors say about it? 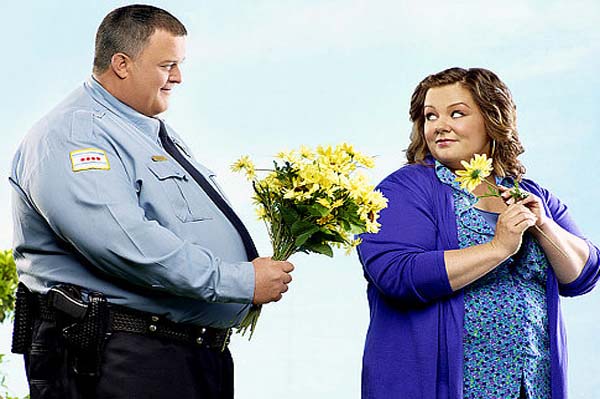 “Fatties get a room”

Kelly’s incredibly offensive blog — titled Should ‘Fatties’ get a room (Even on TV??) — explains Kelly’s distain for an overweight couple on primetime television. She says that the characters on Mike & Molly are downright obese — and thus a drain on our nation’s healthcare system. She goes on to basically say that overweight people choose to be this way and that at least thin models are mostly born that way.

Among her other nuggets of wisdom?

Kelly’s post has attracted nearly 1,000 quotes from angry Marie Claire readers. Most admonish the condescending tone of her post — especially her revelation that she has ‘friends who could be called plump.’

That’s like a homophobic person excusing his comments because his second cousin once-removed is gay.

Not appropriate — not now, not ever.

The public outcry prompted Kelly to post an apology on the post, claiming that she never intended to offend anyone. It’s a lame attempt to downplay comments she clearly meant, because she wouldn’t have written the post if she didn’t mean it.

The surprisingly hateful blog is surprising, given that Marie Claire and other women’s magazines have spearheaded campaigns to accept people of all body types. Magazines routinely preach size acceptance, but the message clearly hasn’t resonated with all staffers.

“Maura Kelly is a very provocative blogger,” Coles told the fashion blog Fashionista. “She was an anorexic herself and this is a subject she feels very strongly about.”

Coles went on to say that the magazine has received over 28,000 emails in response and that Kelly was “excited and moved by their responses.”

Not the sort of apology we’re hoping for. We love reading Marie Claire each month for their refreshing take on women?s issues, but now we’re not so sure we’ll renew our subscription. Every person is important — no matter if they weigh 100 lbs. or 1,000.

Also, Kelly’s snarky tone is just the sort of bullying we’re trying to get away from, isn’t it?