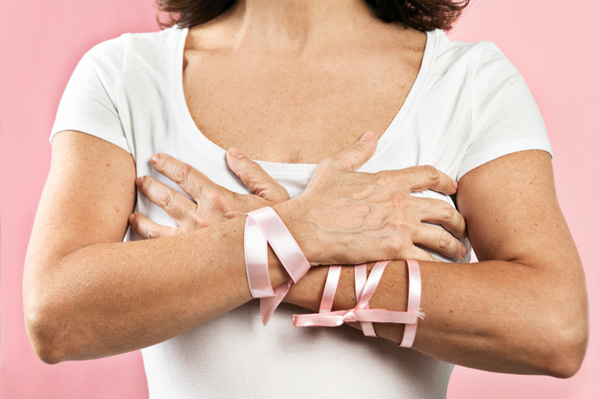 While the majority of breast cancers are not hereditary, approximately five to ten percent of cases are a result of genetic mutations. Most commonly, these mutations are in the BRCA 1 or 2 gene. In the United States, these are most often seen in women of Ashkenazi Jewish descent, says the American Cancer Society.

Women who begin menstruating before the age of 12 or who go through menopause after the age of 55 are at higher risk for breast cancer, says the organization Bright Pink.

Having your first child after the age of 35 may increase your risk of breast cancer, says the Mayo Clinic.

Radiation exposure to the chest at a young age, such as in Hodgkin’s disease, increases the risk of developing breast cancer.

Women are diagnosed with breast cancer at much higher rates than men.

Having a personal or family history of the disease increases your risk of breast cancer.

The American Cancer Society states that drinking two to five alcoholic drinks daily have 1.5 times the risk of developing breast cancer than women who do not drink.

Using hormone replacement therapy, or HRT, for menopausal symptoms, has been shown to increase the risk of developing breast cancer.

How to reduce your risk of breast cancer

SheKnows.com gives you a few tips on how to reduce your risk of getting the second most common cancer, breast cancer!