We all know about the dangers of unprotected sex. Yet, only 50 percent of those surveyed by Wet, manufacturer of the world’s best-selling line of intimacy products, said that they always use some form of protection when engaging in sexual intercourse. Even scarier, 18 percent confessed that they have never used protection. 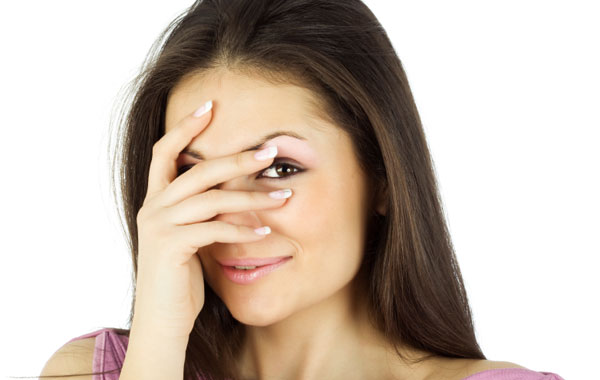 So we wanted to know: Why don’t you use a condom?!

Sex educator and psychologist Lisa Rewland has some very interesting things to say.

“Most of my clients are women between 25 and 45,” says Rewland. “You’d be surprised how many of them are out there sleeping around without protection. And it’s so easy to keep a few condoms in your purse.”

Despite the tremendous amount of information available about sexually transmitted diseases, many women don’t use protection — even for one-night stands. “Some women are very carefree about their sexual experiences,” explains Rewland. “While a few serve up excuses like ‘I was drunk’ as to why they don’t use condoms, others just don’t care.”

We talked to three women who admitted that they have had sex without protection at least once. The conversations were very interesting, to say the least.

How often do you skip protection?

Jen, 30, admits that she stops using protection fairly early in a relationship.

“The first time that I have sex with a guy, I always use protection. But after I get to know him (maybe three or four dates), condoms seem to become a hassle,” she says.

When asked if she’s ever been tested or requested that her partner be tested before eliminating condoms, her response was shocking. “I know I’m clean. And if I trust a guy enough to have an ongoing sexual relationship with him, then I trust him when he says he’s clean, too.”

There’s no logic in that “logic.” Just because your partner is a nice guy doesn’t mean he couldn’t have contracted a disease somewhere along the line. If you are going to stop using condoms, get tested — both of you.

Why aren’t you using a condom?

All three women to who we talked mentioned the “hassle” of condoms. Really? Taking birth control pills every day could be considered a hassle. Slipping a condom on your partner, not so much.

“I was on the pill for a while, but I was gaining weight. So now, if I’m worried about getting pregnant, then I’ll ask him to pull out.”

“I was really drunk,” says Erin. “I was just coming out of a three-year relationship, and it was my first time going out. I was drinking; he was drinking. We ended up having sex at his place, and I left right afterward. I know where he lives, but I don’t know his name.”

Unlike the other two women we interviewed, Erin was very concerned about disease.

“I was mortified that I put myself at risk. I got tested right away. And then a month later, and again in six months. I was paranoid that I had contracted HIV; fortunately, I hadn’t.”

Though it should go without saying, using protection when having sex — especially with strangers — should be a habit. If you are one of the 18 percent who has yet to ever use protection, tonight is a great time to start.