According to experts, in the long run, low-carb diets just don’t work! Now, it’s true that low-carbohydrate, high-protein plans can help you lose weight in the short term — but you’ll likely gain it back. In fact, nutrition researchers say that limiting your carbs just doesn’t work over the long haul because we are hard-wired to crave carbohydrates. Here are five reasons you need to steer clear of the low-carb lifestyle from Health’s new bestselling book, The Carb Lovers Diet: Eat What You Love, Get Slim for Life! 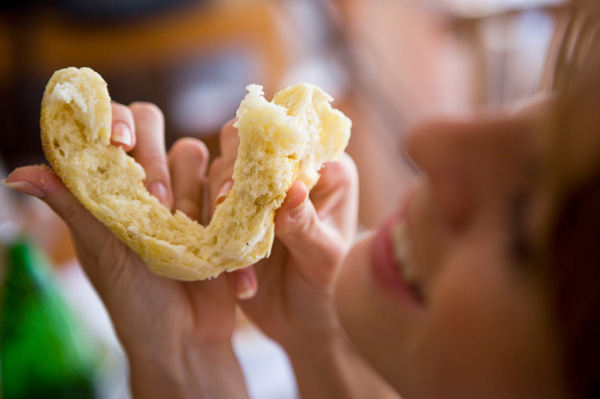 Snapping at your husband and kids? Yelling at the driver in front of you who just isn’t going fast enough? You might want to blame your carb-deprivation. A recent study followed 106 dieters for a year. Half ate a carb-rich diet; the others followed a low-carb diet. After a year, the carb-eaters felt happier, calmer and more focused than the carb-deprived group, who reported feeling stressed out.

The stress and depression low-carb dieters feel eventually derails their best efforts to stay slim. That’s because stress produces high levels of hormones, like cortisol, which boost your appetite and can lead to bingeing.

Low-carb diets are not sustainable

It’s one thing to tough out a low-carb diet for six weeks or even six months. It’s another to do it for a lifetime, and studies show that people have a harder time sticking with low-carb rather than high-carb diets.

Think carbs are the reason you can’t zip your pants? Think again. Belly bloat is actually one of the key symptoms of constipation. And constipation is a common side effect of a low-carb diet.

Any dieter who has managed to stick to a very low-carb diet for any length of time knows that they start craving carbs. And it’s not your imagination. According to research, carb deprivation leads directly to carb bingeing. Bottom line: If you stop eating carbs, it’s almost impossible not to binge on them when given the opportunity.

To learn more about The Carb Lovers Diet, go to www.carblovers.com.

1 hr ago
by Meagan Morris

6 hrs ago
by Kelly Iverson