Immunization is a controversial topic. Deciding what’s right for you – given all of the information available – can feel overwhelming, which is why SheKnows.com has simplified the process. Read on for everything you need to know about immunizations. 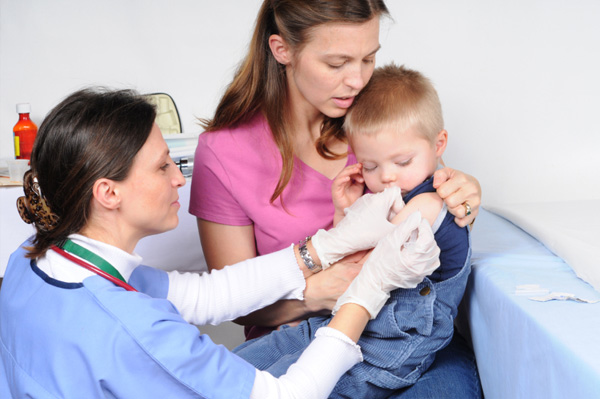 A vaccination is a shot designed to immunize you against a certain disease. The shot contains a small amount of the disease you’re immunizing yourself against. After the vaccine is administered, the immune system wakes up, recognizing the disease’s cells as foreign. It then sends white blood cells out to kill these cells. This process is a sort of training ground to help the immune system recognize and kill the disease if it ever encounters it again.

Who should be vaccinated?

There are a number of vaccinations that doctors currently recommend a person receive:

While it’s recommended people be fully vaccinated against these diseases by the time they’re 13 years old, there are several people who should avoid vaccinations completely. Those include people with weakened immune systems, those who are pregnant, or those with allergies to chicken, eggs, and certain other foods (many vaccines are made with trace amounts of these substances). Another important note is most vaccines are given in small doses over three to six separate shots (in order to be completely immune to a certain disease all shots in the series should be administered).

Why are vaccinations important?

Eradicated diseases are making a comeback. Because of increased travel and immigration, diseases that were eradicated across North America are making a comeback (for example, measles). If a person isn’t vaccinated, they stand the chance of contracting the disease and developing severe long-term health complications.

Shots can save lives. Thanks to advances in technology, many diseases that were once considered fatal can be completely prevented with immunization. That’s the case with hepatitis B and, hopefully soon, HPV. Scientists are currently working to develop vaccines against diseases like HIV as well.

Are there any side effects to immunizations?

Some people may experience side effects to a vaccination. Minor reactions include: fever, rash, soreness at the injection site, and slight irritability. Other people may experience a more severe reaction including vomiting, diarrhea, and headache. Contact your doctor immediately if symptoms appear to worsen.

Researchers are still investigating whether or not there are any long-term side effects to immunizations. Many people believe vaccination can lead to autism or other neurological disorders (although scientists admit there is no conclusive evidence to support this argument). Others, including the Centers for Disease Control and Prevention, say vaccinations are completely safe.