Even the doctor can be wrong when it comes to your health. Don’t be afraid to question a diagnosis or treatment if your illness doesn’t improve or gets worse. Here are the most commonly misdiagnosed health issues for women. 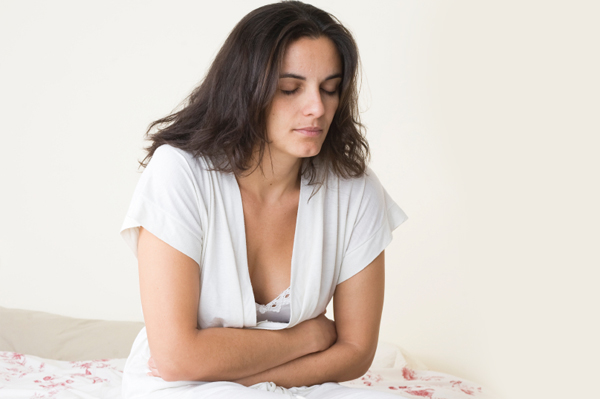 You know that something is wrong with your health, but your doctor’s diagnosis doesn’t quite add up and his treatments aren’t helping. What gives?

Since many symptoms are identical in a variety of illnesses, it’s possible your doctor has misdiagnosed your ailment. You know your body best, so if your doc’s recommendations aren’t bringing you relief, bring it to his attention and explore alternative conditions. Below is a list of some of the most commonly misdiagnosed health conditions for women.

Many women suffer from bloating. After a meal, around the menstrual cycle, too much salt, stress – any number of things can cause mild to severe bloating. Serious bloating, however, can actually be a sign of ovarian cancer, small intestinal bacteria overgrowth or diverticulitis, so if your bloating persists or is intense, be sure to let your doctor know.

Irritable bowel syndrome is another sleeper health concern that can often be misdiagnosed as simple bloating or as a PMS symptom. This digestive syndrome includes severe stomach pain from cramping and bloating, excess gas and irregular bowel movements (constipation or diarrhea, or both). It can be treated with diet changes (nixing the high-fat foods and alcohol, and sticking to fiber-rich foods) and/or low doses of antidepressants.

Heart disease is the No. 1 killer of women in the US and is often misdiagnosed as heartburn or anxiety, because the symptoms – chest pain, shortness of breath and nausea – are all also symptoms of the other two ailments. Other heart disease symptoms include heart palpitations, dizziness and fatigue during the day despite a good night’s rest. Never ignore these symptoms or let your doctor dismiss them.

Fibromyalgia is often called the “invisible disease” because it is quite hard to diagnose and is also relatively rare. Most of the symptoms deal with a tingly feeling in the skin, muscle pain and spasms, weakness in the limbs and even nerve pain. Simple medical exams such as blood tests don’t always pick up the disease. Symptoms can also vary from person to person and can be mistaken for depression, lupus, Lyme disease, sleeping disorders and thyroid issues.

Because of its general symptoms (weight gain, dry skin, weak nails, constipation, and aches and pains), thyroid disease can often go undiagnosed or be mistaken for depression, hormonal imbalances or even menopause. The symptoms of thyroid disease take time to develop and will be gradual, making this illness hard to pinpoint by doctors.

When are we more than just tired? When even rest doesn’t seem to ease the exhaustion. Chronic fatigue syndrome is characterized by lethargy, irritability, muscle pain and in some cases loss of memory, which are also common symptoms for the flu, colds and other infections. There is no true test for this disease, but doctors should be able to rule out some other illnesses with tests for depression, mononucleosis or Lyme disease.

Listen to your body and don’t be afraid to question your doctor if his diagnosis and treatments aren’t bringing you back to health.