Fibromyalgia is a chronic and often debilitating condition that affects 6 million to 12 million Americans. It occurs predominantly in women and can go undiagnosed for years. People with fibromyalgia can find their lives constantly interrupted by pain, stiffness, fatigue, difficulty speaking and trouble keeping up with daily activities — so imagine dealing with the condition while also raising a family. That’s exactly what Athena Champneys, a mother of four from Salt Lake City, has had to do. Here’s her story — there’s hope. 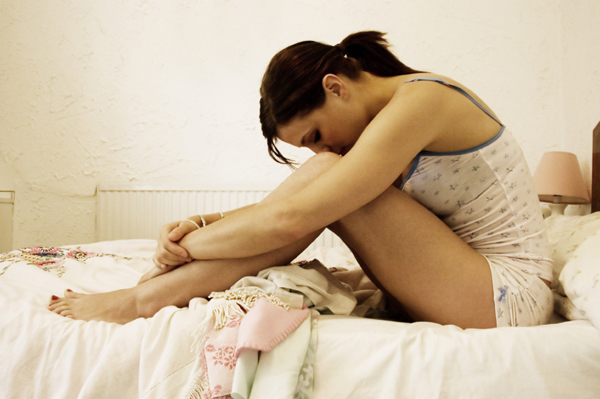 SheKnows.com: How did you come to be diagnosed with fibromyalgia?

Athena Champneys: Pain hit July 23, 2003, three days after my daughter’s birthday. It took until the end of December to be diagnosed with fibromyalgia. I was lucky – kind of. Many people go years without knowing what’s wrong. No one I ever talked to would acknowledge my symptoms as real.

SheKnows.com: What was it like living with a real but enigmatic disease?

Athena Champneys: It was terrifying – having pain come and hit me suddenly. The pain settled in my lower back [and] within a year, it had spread to my legs. By the end of the second year, it was spreading to my arms. I had no idea what was happening to me. I was scared – I was 30 years old and losing the use of my own body. I was in constant pain and nothing would help. I stopped being able to take care of my young children. My husband and I were thinking the worst. My doctors kept telling me – like many doctors tell other fibromyalgia patients – the pain was in my head. It wasn’t.

SheKnows.com: What were your symptoms like when they first started?

Athena Champneys: When my symptoms first started, I was at work. I bent over to pick up a pencil. When I sat up again, I had severe pain in my stomach that wrapped around to my lower back. The pain was so bad I had to leave work and was not able to drive myself home. Within one week, I could hardly walk to the bathroom on my own. I was bedridden for eight months, which was devastating for me, mentally and physically.

SheKnows: How did you cope with such a debilitating condition?

Athena Champneys: I started seeing a chiropractor. With this help, I was able to starting walking somewhat normally. I used a cane to walk long distances and used an electric wheelchair to go grocery shopping. The only problem was I still couldn’t perform normal daily activities, such as holding and picking up my small children. Going to their school plays and performances, riding in a car or even doing light housework was too painful.

I also ended up trying drug after drug. Many worked, but only for about a week at a time. Then my husband and I decided I would enter a clinical trial with a new drug called milnacipran. I was able to tell a difference in how I was feeling almost immediately. Today, because of the treatment with milnacipran, I feel like life has meaning again.

For more information on fibromyalgia symptoms and treatments, visit http://www.fmnetnews.com/index.php.

Words of wisdom about fibromyalgia

SheKnows.com:  What do you want people to know about fibromyalgia?

Athena Champneys: You’re not alone. Nowadays, people are becoming aware of the disease. Get a second opinion before taking or doing a certain treatment. There are medications out there now for fibromyalgia [for example, milnacipran, also known under the brand name Savella]. Talk to your doctor. Find out what treatment plans work best for you. You will be able to live your life again.

More on fibromyalgia and pain treatments

5 hrs ago
by Meagan Morris

10 hrs ago
by Kelly Iverson