If life hands you a lemon, you make lemonade, right? Genetic modification might be okay for fruit, but not for men. If you cast off your apron and find yourself a bit of lick, sip and suck, he will remain true to you forever. 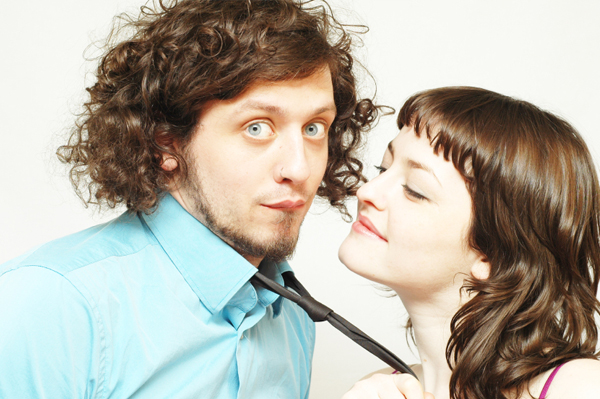 Why he likes the whore of Babylon

We all know that men have sex on the brain. It’s called testosterone, and it’s extraordinarily powerful. It makes men show up late for work in the mornings and stare hungrily at the girl who looks like the whore of Babylon. It’s also why pornography filters are on our office computers.

Let’s face it: Monogamous men are heroes, and cheating men are normal. Unless you’re a groupie for the legion of superheroes, chances are you’ll have to use your wits to prevent being blindsided by his wandering eye.

That means using his nature — his own biology — to work for you rather than against you.

So what do we know about the nature of men? Science is reasonably unanimous on the following:

And what about the nurture of women? What are our expectations of relationships?

Every woman has an inner huntress. She is the person inside us that constantly compares, contrasts, seeks and finds.

We see examples of skilled huntresses every day: the woman with the short skirt and high heels for whom men fall over themselves to open doors, or the immaculate female work colleague who somehow manages to get a raise during a global financial meltdown.

Women have traditionally quashed their instinctive feminine sensuality to make the men in our lives feel “safe.” Our greatest danger, however, lies in their increased sense of security.

Don’t be too available

Sitting at home watching the dinner burn while he’s out with his pals won’t win you any of his attention. In fact, all you’ll get out of the deal is a hissy fit or a booty call to someone who isn’t you.

It doesn’t matter whether you’re with your coworkers, siblings or friends — if you’re suddenly not-so-available, he’s suddenly going to take more interest. It’s common sense when you think about it: If someone is at home 24/7 and another person is only available a couple of evenings a week, which one is he going to make time for?

Make him think you are popular. Hint that you are still desired by other men. Consider him the world’s greatest lover (or at least better than 20 minutes on an exercise bike at the gym) and lick those blue balls instead of laughing at them. Be an adornment — not something he’s ashamed to be seen with — and let him know what a great provider he is.

Loosen the reins a bit

A drunken hookup with his secretary has got everything to do with getting some and nothing to do with you. (Better still, it means you get to kiss the gorgeous Brazilian man at the bar while the BF looks on helplessly.)

If you let yourselves out of your cages, you won’t feel the need to escape. As long as you are not completely his, he will covet you forever.

SheKnows.com tells you a few secrets your man never will — and hits the streets to find out what you’ve always wondered.

More on what men want:

23 hrs ago
by Charyn Pfeuffer