What does it feel like to be young, vital, with your whole life in front of you — and have someone tell you that the world as you know it is about to end with a single word: “cancer”? Seattle-based writer Glenn Rockowitz has come up with a solution to find the courage, strength and hope to cope: He recommends developing a sense of irreverent humor. Here, a Q & A with the four-time cancer survivor about his funny coping strategy and his memoir, Rodeo in Joliet, which chronicles his journey from the doctor’s prognosis of “three months at best” to his miraculous remission several months later. 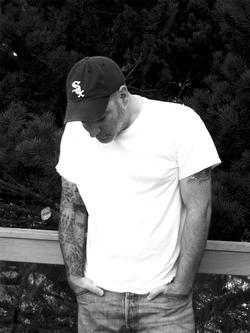 Living with death on your shoulder

SheKnows: Glenn, you were 28, with a wife pregnant with your only son, when you were first diagnosed. You’ve battled cancer four times (and counting). What is it like living with death hanging over your shoulder?

Glenn Rockowitz: The title of my book, Rodeo in Joliet, is based on this phenomenon [that cancer is like being sentenced to a prison term in Joliet, a former correctional center in Joliet, Illinois]. I think that every cancer survivor deals with a weird mix of fearlessness and a strange kind of ever-present ambient fear every day. It’s the part that people don’t see. It’s wreckage that is hard to carry around every day.

SheKnows: How old is your son now and what does he understand about your life with cancer?

Glenn Rockowitz: He is 11 now. Even saying that out loud is mind-blowing because I wasn’t supposed to see him live past three months. That was my prognosis, “three months at best.” My first day of chemo was the day he was born. I feel so blessed to have had all this time with him. I try to shield him from a lot of what I’ve had to go through because I want him to know the power of standing up and moving forward. I remind him that falling into a stream won’t drown you, but staying there will. As trite as that sounds.

SheKnows: Was writing the memoir like therapy for you in some way?

Glenn Rockowitz: I wish I could say it was. It was really painful, actually. Reliving all those moments of fear and doubt and sadness sometimes felt like too much to handle. But I had a really hard time finding a book that spoke honestly about the toll the disease really takes on your life. I wanted to write something for my fellow fighters and the people who love them so they wouldn’t feel so alone. And hopefully laugh a little along the way.

Humor does a body good

SheKnows: You’re a stand-up comedian and television writer, turned author and cancer treatment advocate. Two years before you were diagnosed, you started the Best Medicine comedy company, performing in health centers. Oh, the irony ­– why did you start the company?

Glenn Rockowitz: I know! Sweet irony, right? I started Best Medicine because when my grandmother was dying of colon cancer, I used to visit her in the nursing home and spend hours joking around with her ­– time she described as “being let out of prison.” That was the light-bulb moment. I realized there was something amazing in giving people that break when they were struggling with their own darkest hours.

SheKnows: What is it about humor that helps people living with illness?

Glenn Rockowitz: It helps soften some of the sharp corners, put a little light in places there was none. I know that if I wasn’t able to laugh during any of my own battles, I would’ve had a really hard time coping with everything else.

SheKnows: Does your sense of humor and passion for making other people laugh make you better equipped than other young adults to adjust to a terminal diagnosis?

Glenn Rockowitz: Yeah, I guess it does in a sense. In a strange way, humor helps put a really healthy perspective on things. Especially young people ­– they are by far the most open to the irreverence humor often brings to life. My grandma used to say that just because you shed light on a situation doesn’t necessarily mean you take a situation lightly. Cancer is not something I take lightly. I just think that humor is a key weapon in dealing with the heavier stuff.

Up next:  Improving the quality of cancer care for young people >>