If there’s one thing we’ve all heard about breakups, it’s that the recovery process is going to be rough. That anticipation of rocky emotional terrain is a good reason why a lot of us choose to ignore red flags (“It’s no big deal if he doesn’t know who the vice-president is, right?”) or our gut feelings (“I can learn to be attracted to him, right?”) and stick with guys who just aren’t right for us. But what if breakups were actually good for us? What if kicking a partner (long-term or not) to the curb was actually healthier than sticking it out for the long haul? Great news: It’s true. 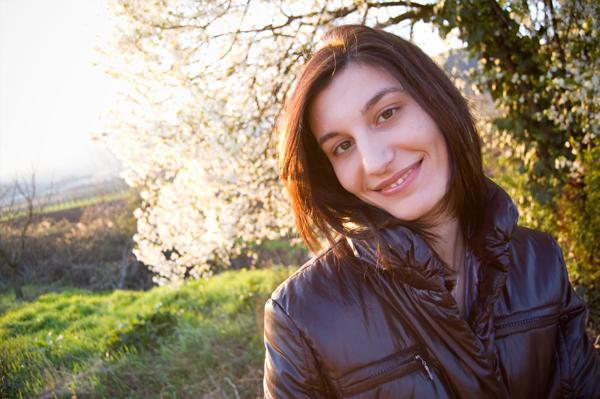 Breaking up can make you a better Y-O-U

A study of 92 students done at the University of Minnesota in 2003 found that the subjects reported several types of personal growth after a breakup, including more self-confidence and knowing better what they want in a partner. “Once the relationship ends, we no longer need to justify why we should be with the person, and this allows us to see some things with more clarity,” says Ty Tashiro, lead author of the study.

A Northwestern University study published just last month found that, post-breakup, one’s sense of self becomes confused. But being a little lost for a while isn’t necessarily a bad thing. “The specific change in the content of ‘who one is’ could be, on some level, positive,” says study co-author Erica Slotter. “For example, becoming kinder after a breakup would be a positive change to the self.”

“Breakups are often looked at as a time for to go in a new direction,” says Christopher Fagundes, Ph.D., a researcher in the psychology department at the University of Utah. “People usually have more time on their hands, and they often try to find ways to ‘better’ themselves with that newfound time, and this is very healthy.”

Physical and mental benefits of a breakup

Here are the top five physical and mental benefits you can look forward (yes, forward!) to after a breakup.

One perk of not spending every spare second with your boyfriend? Having time to find your happy place. Meditation is a great way to do that, says Peter Strong, Ph.D., author of The Path of Mindfulness Meditation. Find a time of day where you can be completely quiet and sit with your hurt — a mere 15 to 20 minutes a day should do the trick. “People say, ‘I am feeling stressed because…” or ‘I am feeling angry because…’ There is no such thing as ‘because,'” Strong says. “You have complete control and complete responsibility for how you feel. How you feel is not related to what happens to you.”

Use visualization techniques to focus. If feelings of post-breakup pain crop up during your daily routine take a 30-second meditation break and say this to the suffering: “Ah! I see you. Welcome!” or “I choose to smile at you,” Strong says.

It’s hard to resist pizza when he’s already ordered one. “Women often complain because they tend to eat the same amount as their boyfriend and therefore gain weight,” says nutrition expert Susan Mitchell, Ph.D. “After a breakup, women can focus on their needs calorie-wise and especially on portion sizes.”

Choose foods to get you and keep you well. Foods with vitamin C (red peppers, peaches — even baked potatoes), B-vitamins (brown rice and whole-grain bread), and potassium (pineapple, spinach, or cherries) may help offset stress, Mitchell says. “Get enough protein — which many women do not — for healthy hair and extra sleep for overall body maintenance,” she adds.

There’s no better time than now to reclaim your likes, dislikes, and goals. “Too often, women in relationships put too much energy into their partner,” says Marsha Lucas, Ph.D., a psychologist in Washington, DC. “[After a breakup,] you might rediscover things about yourself that you might have forgotten, and then you attract people who know who they are in the world. You can then say, ‘I like him, and I like me.'”

Give yourself a life quiz. “Ask yourself, ‘What do I want to create?'” Lucas advises. “If you start asking yourself what’s next, you’ll learn to get back to yourself.”

If your relationship didn’t leave much room for gym time, this is your chance to pencil it back in. “A breakup might be the motivation for a person to think more independently and start doing things she finds most interesting,” says Tommy Boone, Ph.D., co-founder of the American Society of Exercise Physiologists. “Exercise has been demonstrated to work as well in some cases as prescribed medication for depression and anxiety.”

Make silly mantras work for you. Goofy sayings are okay, as long as they get your hiney moving. “Think ‘Just do it,’ regardless of how stupid it sounds,” Boone says. “Learn that you are important, and you need to take care of yourself, and that you must develop the right habits and mental reference to deal with daily events and life challenges.”

Fewer couples’ nights in means more girls’ nights out: One of the after-breakup plusses that subjects reported in the University of Minnesota study was “improved platonic friendships.”

The next time you bring a guy around, ask your friends’ opinions (and listen). “Your friends and yes, even your family can predict your relationship future better than you can,” Tashiro says. “The aggregate opinion of close others leads to better predictions of how long it will be until you break up and even how satisfied you will be in the future. Asking their advice and opinions can provide some great opportunities for insight.”

“If you can sit and hold the feelings of worry and the fear of abandonment, the suffering will begin to become malleable — allowing it to change and evolve to peace,” Strong says.

To learn more about the benefits of breaking up, visit JamieBeckman.com or pick up The Frisky 30-Day Breakup Guide (Ulysses Press, June 2010).