If you have a rocky relationship with your dad, Father’s Day may bring some uncomfortable feelings to the surface. Do you want it to be different? As a strong, independent woman, you have to power to change the terms of this important relationship and it can be a great thing for both of you. Find out how!

Related story 6 Signs Your Relationship Is in a Rut 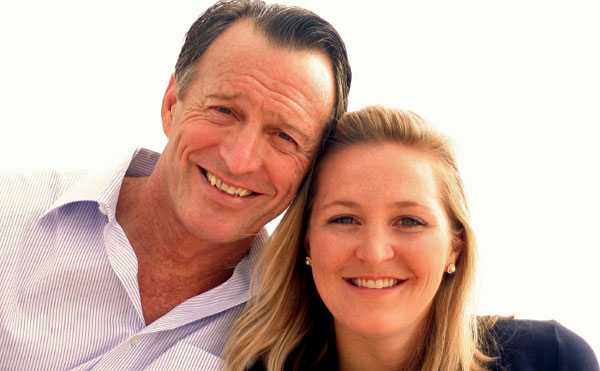 If you have a good relationship with your father, Father’s Day is probably a good day. However, was it good when you were growing up? If you were one of the lucky ones to have a loving father, make sure you appreciate and value that. Because, so many women did not have this positive experience.

I often hear from women that their father preferred one of their siblings. Or he was drunk or mean to them. Or he totally ignored them, which may have felt even worse – as if their presence wasn’t important in his life. These women tell me they longed for so much more.

Of course, you can’t go back and redo childhood, but there is the chance to possibly make yourself feel better around your father, now, and a chance to make amends. Even those of you who now have a good relationship with your father may find you’re sitting on feelings from the past that need to be cleaned up – without the risk of losing him again.

5 Steps to rebuild your relationship

If you were a victim of your father’s negative behavior or avoidance, remind yourself you did not cause it. Even if he blamed you for his drinking, his need to beat you, he had nothing in common with you (etc.), you were a child; he was the adult. No matter what you said or did to him, he was still the adult; he should never have blamed you for his bad behavior towards you. So, QTIP (quit taking it personally, something women do too often).

Don’t attack – but be direct

You suffered his behavior or his absence. So, you are entitled to be angry you didn’t get what you needed from him. But, you need to find a way to deal with your feelings without risking the relationship you have with him now, and without risking pushing him away.

Do not attack him. Do not blame him. To do so would be what’s called You Statements. When you tell him what he did wrong, you put him on the defensive, and he will counter-attack.

Start with a clear feeling statement — what it is you are angry/hurt/sad about. You need to be specific. Such as, “I’m really angry that you never came to any of my games.” (Not that “You never cared enough about me to come to my games.” That’s telling him how he felt.) Or, “You were so drunk when I was in high school, I could never bring my friends over. I felt ashamed.”

Don’t be defensive – feel proud of yourself

In preparing to talk with your father, make sure you do it in a way that leaves you feeling good about yourself. Don’t attack him (as explained above), but also don’t become defensive if he tries to turn the issue back on you. Regardless his reactions, stay with your I statements about your feelings. This will protect you from making nasty or destructive comments. Nasty and destructive comments are what you do when you are feeling defensive.

It really is possible to talk with your father in a calm, non-defensive manner — regardless how he responds to you. Even if he says he was never drunk (or mean, etc), stick to your feelings, how it felt being around him then. So, whether he acknowledges anything or not, you will end the conversation feeling good about yourself, proud of yourself – even if you aren’t proud of him.

Be clear what you want

Before you actually talk with him, know what you want from the conversation. If you don’t know what you want out of talking with him, you probably won’t get it. Or, you won’t know if you’ve gotten it or not. You may want an apology, or you may just want to know you have told him what you need to say, regardless his reaction. While a positive response from him would be nice, it does not have to be necessary.

Your father may respond wonderfully. But, even if not, just saying what you need to say, and saying it in a way that makes you feel good about yourself, will give you the best of what you need — from yourself!

He may not respond well – you do have to accept that risk. But if he does, you will have given him the very best Father’s Day gift: a chance to hear you, make amends and get to know you for the wonderful grown-up daughter you have become.

17 hrs ago
by Jessica Toscano