Men cheat for many reasons, and some of them will surprise you. We’ve got the dish on just why they do it, right from the cheating dudes themselves. They’re, uh, just keepin’ it real. 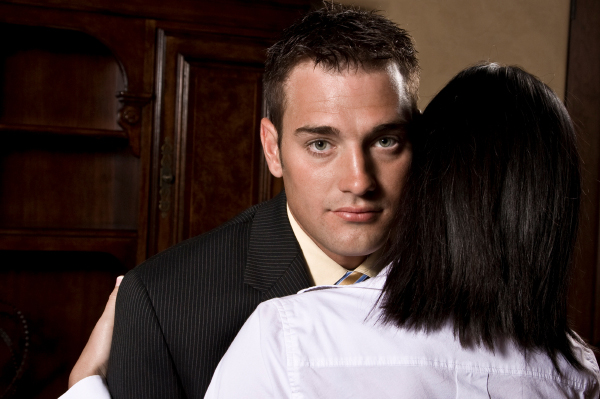 Why do men cheat on their wives?

Most men don’t cheat because they’ve been seduced by a white supremacist with ginormous boobs and a body covered in tattoos. (Poor Sandra Bullock is probably one of the few who’s ever had to deal with that unfortunate scenario.) Apparently, though, a ton of other triggers prompt guys to deceive way-too-good-for-them women. The following stories, submitted by actual men, reveal the real reasons they are unfaithful. Anonymity is provided for their protection from mobs of angry women and scorned exes.

“Men cheat for sex! If I’m happy with the chocolate chip cookie, I’ll get another, but if I crave the chocolate sundae with extra sprinkles, you’d best believe Daddy is going to order it up! It’s also like a buffet. There is so much to choose from. You don’t go to Ponderosa and just get the chicken wings; you throw as much on your plate as possible.”

It’s the nature of the beast.

“The concept of monogamy conflicts entirely with male biological impulses, which have evolved over millions of years to promote procreation. Ultimately, biology will always prevail. So, it shouldn’t even be considered cheating. Men are only doing what nature intended.

“Lifelong monogamy (marriage) is strictly a social construct, the advent of which is relatively recent in the course of human existence — one that actually serves as a barrier to procreation in modern society, because in many cultures, you are expected to marry before having children. While it may have served a beneficial purpose at one time, it has largely outlived its usefulness. Social and technological advances that have enabled women to bear and provide for their offspring independently have eliminated the utility of marriage.”

History should repeat itself.

“King David had 5,000 concubines and fathered a nation. Men can literally father thousands of children in a lifetime, while women can only have a few. This is why a man needs to take his seed to others on occasion. Monogamy goes against evolution and history. Practice safe sex, and keep hope alive.”

“When a guy goes out with a girl for the first time, she tries to look casual but probably spends a ton of time preparing for the date — perhaps even more time than a formal event. Since first impressions are most important, and looks are an important part of the selection process, she has to look her best.

“If she is interested and he asks her out on a few more dates, she’s probably in the gym more and grooming more often in the hope that a relationship can form. Not only is she looking beautiful, but she is being sweet, caring and not psycho… all of the characteristics the male is looking for. She is also ‘putting out’ often as more dates occur. She will be positively reinforced with more dates. The male thinks this is her norm and is happy.

“Unfortunately, after a couple months, this ‘proving process’ ends and the couple has The Talk. Sooner rather than later, her sweatpants come out, the gym card gets lost, and the crazy comes out to play. He realizes he was duped. This is the typical time a girl should receive walking papers. However, if the male really wants to stick out the relationship, then anything in a skirt and a smile will do.

Up next: 4 More reasons why men cheat >>