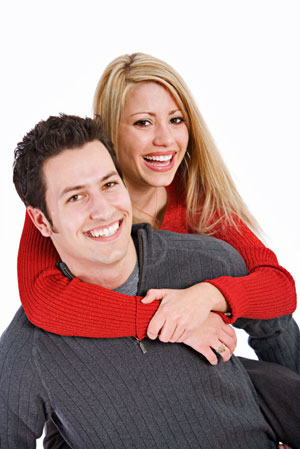 The power of being heard

The following week, Jacob and Eliza came into the office saying, “We did our ITS. We named the exercise ITS because we were always asking who wants to be IT tonight.”

They then described how it felt doing the exercise. Jacob said, “We flipped a coin for who was to go first. I won. It was amazing. I was anxious. So, to get started, I talked about how good it felt having her arms around me. We seldom do that any more. That led to my telling her I’m angry when I come home and she’s busy with dinner, the kids, the phone (which never stops); she can’t find time to greet me. I anticipated she would defend herself, but she was silent. As I absorbed the silence, I was reminded how I felt when I was little and came home from school. Mom was never there. It’s the same loneliness I feel with Eliza. I had never made that connection before. I shared all this with her.”

He grinned. “It’s been great since then, because Lizzy has called out a loving hello to me each night when I come home, even if she’s busy with something else. But the really best part was how lovely it was to have her hold me — with nothing expected from me in return. I don’t know what it means, but to receive without having to give anything first was really, well… ‘wonderful’ is too weak a word for something so special.”

The power of undivided attention

Eliza was smiling. “What he was asking for was not so difficult, as long as he respected I might not always be able to be gracious with my ‘hello.’ I loved the exercise, too, but for a totally different reason. Despite what he thinks, I spend so much time thinking about how to please him and how to say something that won’t annoy him. But when I was IT, and he was holding me, I could say anything I wanted without worrying about his reaction. I couldn’t see him, so that really freed me.

“The ITS didn’t offer any new insights for me. What was best, though, was I had his undivided attention. Usually, I tell him things while he’s reading or playing the computer or watching TV. He never just sits and listens to me. When I was IT, it didn’t matter what I said; I knew he was listening. That was special.”

The power of connection

Jacob and Eliza looked at each other, sharing a gentle smile. Eliza says, “We love being both the holder and the holdee.”

Jacob added, “We want to keep doing our ITS. Hope you don’t mind.”

Over the years, I have silently thanked Eliza and Jacob many times for naming this exercise that has given such pleasure and satisfaction to so many couples.

How to stop a divorce

Are you unhappy in your relationship but your partner won’t work on it because he thinks you’re the problem? You can change your relationship single-handedly! Don’t believe it’s possible? Watch this video from Michele Weiner-Davis, author of Divorce Busting.