Spices add delicious flavors and tantalizing aromas to food, but many people don’t realize that spices also offer a variety of beneficial, potentially lifesaving, health benefits. Scientific evidence supporting the robust medicinal properties of spices and herbs is strong. Consider your spice rack as a kind of natural medicine cabinet and unleash amazing health benefits while you spice up your life with the following five spices – the life you save may be your own! 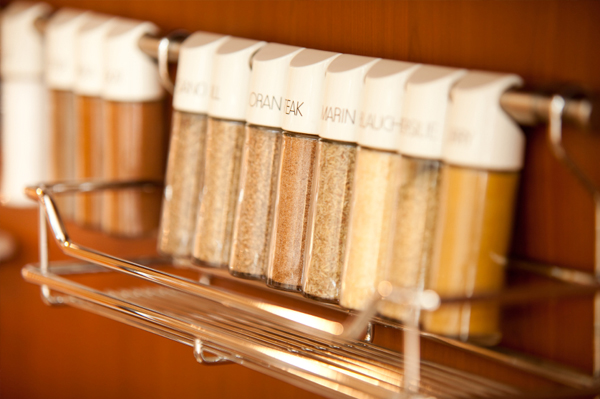 Derived from the bark of the tree bearing the same name, cinnamon is high in antioxidant activity. The essential oils of cinnamon have antimicrobial activity, too, and this helps provide a scientific basis for cinnamon’s traditional use as a treatment for diarrhea. Exciting clinical studies show beneficial changes in blood sugar control in patients with type 2 diabetes mellitus with one to three gram daily doses of cinnamon spice. Experimental research suggests that cinnamon may also reduce the likelihood that cells in the colon, the distal part of our gastrointestinal tract, undergo cancerous changes.

However, be aware that too much of good thing can be a bad thing – there is evidence that ingestion of large amounts of cinnamon (think tablespoons of cinnamon) can have detrimental health effects, likely due to certain components in the essential oil fraction.

A member of the parsley family, the spice cumin is derived from the plant’s dried seed. Scientific research shows that cumin can help regulate inflammation through nuclear factor-kappaB, a well known gene transcription factor linked with cancer, hardening of the arteries (arteriosclerosis), arthritis, and Alzheimer’s disease. The latest research suggests that cumin seed extract helps improve blood sugar control, reduce oxidative stress and inhibit the formation of advanced glycation end products, also known as AGEs. One experimental study suggests that the equivalent of between two and three grams of cumin seed extract can help improve hemoglobin A1c, a measurement of blood sugar control.

The versatile spice ginger is derived from the root of the plant, and a variety of amazing phytochemicals have been isolated from ginger and found to possess antibacterial, anti-inflammatory, fever-reducing, and pain-relieving properties. Ginger root is used in traditional Indian Ayurvedic medicine as a digestive aid for young infants with colic and for adults with indigestion. Ginger root is often used as a natural remedy for nausea and vomiting due to seasickness and morning sickness. For example, a recent study for morning sickness in pregnancy found that one gram of ginger taken by mouth significantly reduced the frequency and severity of nausea episodes.

Warning: If you take the drug warfarin, a well-known blood thinner, there is the potential for interaction with ginger, so avoid ingesting large amounts of ginger while taking this drug.

The spice turmeric is often used in curries and other South Asian and Middle Eastern delicacies. The active ingredient in turmeric is curcumin, and amazing scientific support for the health benefits of curcumin have been published in peer-reviewed literature over the past few years. Curcumin possesses anticancer, antibacterial, antioxidant, anti-inflammatory, and anti-arthritis properties. A 2004 study found tantalizing evidence that curcumin may help reduce the build-up of beta-amyloid plaques in the brains of Alzheimer’s disease patients. The safety profile of large amounts of curcumin are reassuring. In fact, clinical studies suggest that curcumin is well tolerated at doses from two to 12 grams, with side effects to include mild nausea.
Moms-to-be may need to curb their curry: There is very little research on the effects of curcumin in pregnancy, so women who are pregnant should avoid ingesting large amounts of turmeric.

Adding spice to your life will not only make your meals more flavorful, it promotes longevity by reducing your risk of chronic disease.

Visit www.lef.org for more natural ways to improve your health and wellbeing.