You’d think boredom were innocuous. Or maybe even restful. Who wants a marriage full of drama and conflict? Isn’t a low-key hum-drum relationship preferable? And probably longer-lasting? Depends on whether low-key means lack of conflict or lack of excitement. 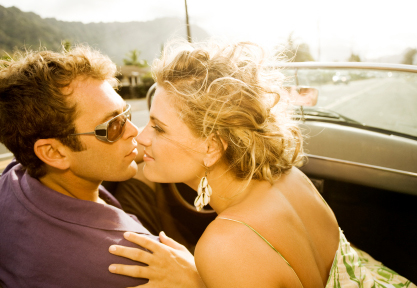 Lack of conflict in and of itself doesn’t spell boredom. A couple who is comfortable with disagreeing on some matters can have plenty of dynamic conversations and interactions without fighting.

Boredom is lack of excitement. Dullsville. It’s when a relationship has gone stagnant — stale. It’s when you’d rather watch re-runs of re-runs than spend time with your spouse.

Studies show that marital boredom isn’t innocuous. In fact, it has significant long-term negative effects. Boredom erodes marriages by reducing the closeness between partners. And therein lies the key: If you want to prevent your marriage’s death by boredom, look for ways to increase the closeness between you. Here are three ways to get you started.

Take up a hobby or project together.

It doesn’t matter what it is; whether it’s collecting stamps or kite-flying, find something new and different you’d like to do together, and go for it with enthusiasm. Talk about it, and look forward to it. Make regular time to indulge in the hobby together. And stick with it. It can take a while for a hobby to truly capture your interest.

Get physically active together.

Learn a sport, such as bowling, tennis or golf, or take regular walks, join a gym or get a Wii. Being active sure beats sitting on the couch watching TV, so shut off the tube/Internet/Facebook and interact! Remember to make the activity fun instead of competitive. Your goal is to engender closeness, not conflict.

Working side by side for a cherished community or cause, you share a sense of purpose and accomplishment. You create wonderful memories that make the closeness last beyond the volunteering activity itself.

Boredom is easily defeated. Get your imagination in gear and kick boredom out before it destroys your marriage.