Here’s how to approach the tough subjects with your partner — the difficult issues that can spark a fight (but don’t have to). 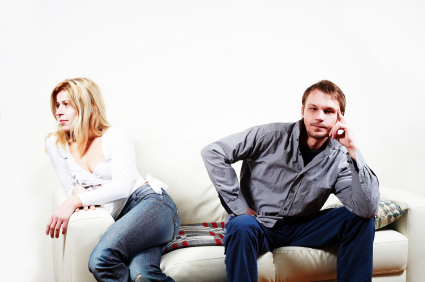 Love-making has dropped to zero this month. OK, let’s be truthful: your love-making has been in a funk these past three months, and just saying that gives you the creeps.

You’re pretty sure he’s not having an affair (no time unaccounted for), he’s not that busy with work, what’s left? Does he not love you? Have those 10 (20?) pounds you picked up made you woefully undesirable? Does he hates your new ‘do?

You want to ask him, “What’s wrong? Is it me? Is it us?” but you’re not only terrified by what he might answer, you’re scared you’ll push him further away by even asking the question.

But the more you think about it, the angrier you get. Now you’re past tears. Now what you want to do is lash out with “How dare you treat me this way?! How dare you take me so for granted that you think I’ll stick around regardless of how you neglect me?!” You’re ready to storm out that door and slam it so hard the house comes down.

You swing wildly between fearful crying and angry lashing out, the upshot being, you don’t talk to him about it at all. And now you’re going on four months…

How to approach the difficult issues

Start by telling the truth — the whole truth! — not just how hurt, upset or angry you are, but also what you’re feeling emotionally.

Ways to try addessing the subject include:
“I’m nervous about talking to you about this. I’m afraid you might take it wrong or get angry,”

Wait to hear your guy’s response. It’ll probably be something like “I don’t know how I’ll feel about it, but OK, I’ll try to listen to you.” You can go ahead knowing he’s put his rational mind on the front burner. If he says “Hey, if I don’t like it, too bad! If I get angry, tough!” then he’s not ready to hear it. Wait until he’s in a better place, and try again.

Share your initial discomfort about discussing prickly issues and you’ll make it much easier to resolve them.

7 hrs ago
by Katie Smith

7 hrs ago
by Nicole Lapin