It’s no secret that marriage takes work – including patience and a transport-trailer full of understanding. While expectations regarding marriage have skyrocketed, a new report indicates that the divorce rate has dropped in Canada by six percent during the past four years. Here’s what we can learn about marriage from Canadian couples.

Related story The Best R&R Gifts Starting at $14, Because Parents Deserve Self-Care Too 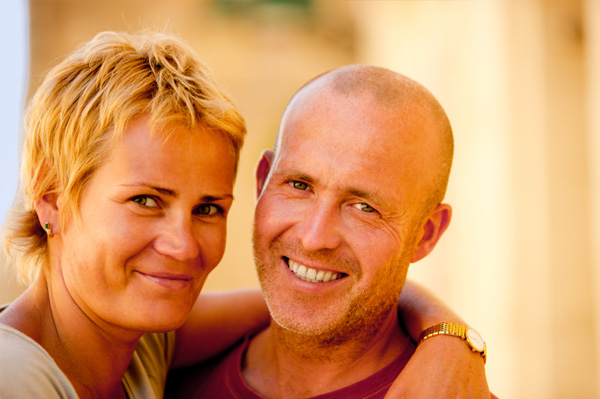 A report released in May 2010 by the Canadian Centre for Justice Statistics tracked the divorce rate in Canadian provinces and studied about 66 percent of the population. The report concluded that the divorce rate is in decline, and of those divorces that do take place, only about three percent go to trial. Most are uncontested and end in about two years from the time that one of the partners files the legal papers.

Divorce rates in Canada and in the US

We are used to hearing about the high rates of divorce. Maybe there’s something that Canadians are doing that keeps them together longer.

As for divorce rates in the US, the most recent statistics put it at less than half, but still a higher rate than the Canadians, at about 44 percent.

When questioned about divorce, or rather trying to avoid divorce, couples with children reported that they were willing to try all avenues of support before divorce. It is also a fact that there are many more support systems in place for couples who are struggling with their marriage than in the past.

Children of divorce more open to talking about it

With divorce rates at their peak in the 1980s, children of divorce became more accepted and were able to be more open with their feelings than previous generations. This trend has continued and, when asked about marriage and divorce, children of divorced parents have some surprisingly strong opinions. Rather than a lax attitude toward divorce, many disapprove of divorce and a full 88 percent of teens whose parents divorced expect to stay married to the same partner for life.

When it comes to relating to their parents, children also tend to relate to the parent who was blindsided by the divorce. After all, it’s both the parent who is left and the children, who begin working through the process at the same time.

Are Canadians doing anything different when it comes to marriage?

While the lower divorce rate in Canada seems very positive on paper, the devil may be lurking in the details.

The other side of the Canadian study is that marriage itself is also on the decline. Numbers from the 2006 Canadian census indicated that 69 percent of families were comprised of married couples – that’s down from 80 percent in the 1980s. This is also the X-factor here. The break-up of cohabitating couples is not captured in the recent round of census information, so it is possible that the rate of separation may actually be high among unmarried couples.

This trend will need to be further examined as common law, or cohabitating couples, become more the norm in society.

Fight for your marriage

Regardless of the trends, divorce can be one of the most significant traumas in life and it can become even more complex when children are involved. Often couples go straight to the lawyers, then to the courts, but one of the crucial parts of the divorce process is counseling. There are support groups, therapists and outreach programs to help with the healing process. Do what you can to sincerely work on your marriage before seeking divorce as the only alternative.

How does marriage and divorce affect your health?