A new day, a new cheating celebrity. From Tiger Woods to David Boreanaz, it seems no man can keep it in his pants these days. Sure, there’s sex rehab. But if an addict has to avoid what he craves to become sober, how is a cheater to stop cheating when women abound? Our expert investigated. 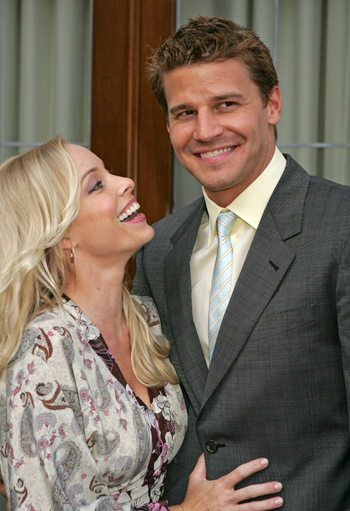 The more cheating scandals become news staples, it seems they might as well include a “Cheater Du Jour” column next to Weather and Horoscopes. David Boreanaz and wife Jamie Berman are the latest couple falling apart as the public learns of Boreanaz’s cheating ways (thanks to a mistress looking for a payout). The couple reports they are working on their marriage to repair the damage. But can a cheater really change his ways if the only thing stopping him is getting caught?

Of course the possibility is here, but if the threat of extortion was what made him fess up, potential for change is low. The probability that it wasn’t a one time indiscretion followed by guilt and remorse, but rather a “lifestyle” choice, has us doubting a major transformation on his part.

Moldability potential is a fairly reliable rating system in that it is based on hundreds of anecdotal accounts of men, both nationally and internationally. One star or less means this guy is not going to change; three stars means this guy has fair potential but it could be dangerous because he could keep you in limbo. Five stars is the perfect man with excellent potential!

In order to assess “moldability potential,” let’s do the math. Serial cheaters rank low on our scale of men with potential to change. A smidge above “Mean Guys” (abusive, disparaging), and on par with “Jealous Controlling Guys” and “Pathological Liars,” cheaters can be extremely difficult to change if they share characteristics of other less-than-malleable men. Add fame and all its accoutrements (women, power, entitlement and a supportive entourage) to the equation and the future is looking bleak.

The “one star or less” score for Charlie Sheen states: “This guy is probably not going to change. Yes, hell might freeze over and he might actually surprise you, but if you are holding your breath and waiting, you’ll die.”

So it’s best to exhale and move on. At the very least, set up a reasonable time frame and realistic goals so that you don’t stay on indefinitely and waste your time. Personally, we would head for the hills — fast.

There are psychological factors Jamie Berman (and Elin and Sandra) should take into account. To do the actual mathematical equation from the book, He’s Got Potential: A Field Guide to Shy Guys, Bad Boys, Intellectuals and Everything in Between, you need to consider four factors:

For the ladies out there who have not yet committed, or are contemplating divorce after their own hubby’s transgression, there are specific steps to molding someone with potential, including using “negotiation”, “successive approximations and reinforcement” and “bartering/bargaining.” At the end of the day, you have two choices: Run like Sandra or stay like Silda Spitzer. 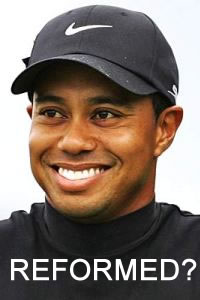 Our expert prognosis for celeb cheaters:

Tiger has potential? Huh? Yes, it’s true. Let’s do some calculations. As far as “type” of man, he is a cheater and a liar, so it doesn’t look so good.

However, he has above-average motivation, as far as keeping good standing with his fans and sponsors and being able to focus when he plays. His having felt the repercussions of his cheating hard and fast (the way punishment should be, immediate and intense) when Elin left made a psychological impression (despite his long history of cheating and father’s history of cheating). He now owns his motivation to change, and chose an entourage that supports that. Now the steps Elin has to go through to forgive? Well, that is a whole ‘nother book.

What is your guy’s pot 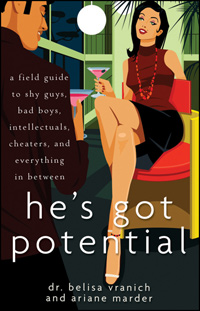 If you want to delve deeper into calculating your guy’s dating “potential,” check out the book HE’S GOT POTENTIAL: A Field Guide to Shy Guys, Bad Boys, Intellectuals, Cheaters, and Everything In Between