You love him, but he’s flawed. Profoundly. You can’t change him, so what do you do? Take our advice. Today. 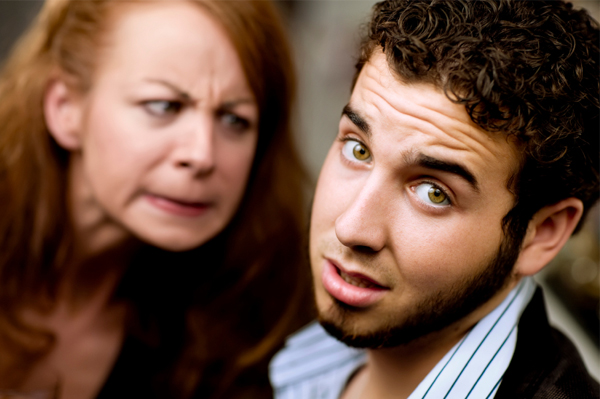 Charlene is a prominent defense attorney. At forty-five, she and Daryl have been married for eight years. She was delighted, after being single for so long, to have met Daryl. They had an immediate meeting of minds and hearts. But, over the next few years, Charlene amassed a litany of valid complaints about Daryl: He’s chronically depressed, he never keeps a job for any length of time, his anger erupts from out of nowhere. She has suggested he get therapy but he refuses.

Charlene doesn’t believe Daryl would hurt her, but she does get anxious when he screams and puts his face up so close to hers. “It doesn’t happen, often,” she claims, defending the man she loves. When her friends tell her to kick him out, she can’t. She loves him.

“This isn’t a woman-who-loves-too-much syndrome,” she asserts. He is depressed, but when he isn’t, we have a great time together and he’s very loving. Besides, I’d been single long enough to know there aren’t men who are much better out there.”

There is no point in complaining

Charlene is in therapy, talking about how awful he can be, how mad he makes her, how he won’t pull his financial weight in the marriage. After months of her complaining to me, with no changes in their relationship, I finally pose the dilemma: either stop complaining about him and accept him as he is, or tell him to leave.

Charlene is caught in a familiar bind for many women. They love a man, but he has problems that make their relationship untenable. If only he would change, they could be a contented couple. Charlene, like many women, works hard to help the man see what needs to be changed. But, to no avail. She is torn between loving the man and hating some crucial attributes.

It is at this point women need to make a decision. There is no advantage in continuing to just complain. That doesn’t make things better – for him or for the woman. In fact, it just makes the woman feel helpless and stuck. Women may keep complaining, hoping that will forestall a decision, but it won’t. There really are only two choices: Get out of the relationship, or stop kvetching and just accept him as he is.

If this fits your situation, there are three steps that can help you make this decision:

Identify what does not work for you in the relationship. Talk to the man, explain, using I Statements, what you need.

Too many women blame themselves, “Maybe I haven’t explained myself well,” Maybe it’s really my fault,” Maybe I’m seeing this wrong.” STOP. If after talking with him about it a number of times, without seeing any changes, STOP.

Once you acknowledge you have explained yourself clearly without accusations, and he is not addressing your concerns and making an effort to listen to you, stop pushing the issue. Either he isn’t willing or able or ready to make the changes for himself (which is the only way changes ever occur).

That leaves you with a decision. Accept him as he is knowing these things will not be different in the future. Or, get out. You may not like your choices, but they really are your only choices. Continuing to be with him while continuing to complain is not helpful — to him or to your self esteem.

Your decision? Love him or leave him, but stop kvetching.