“Abryanna is a very happy 11-year-old,” said her grandmother Rita. “It’s like she’s got a built in smile.” But she hasn’t always been in situations worth smiling about. 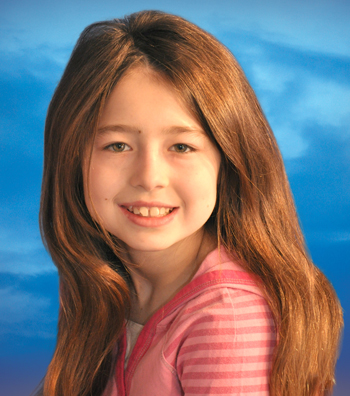 In November 2003, Abryanna woke up very sick. Her stomach was swollen and painful. Rushed to the hospital, she was experiencing kidney and liver failure in connection with cardiomiopathy, a form of heart disease. After nearly one month in the intensive care unit, Abryanna was able to return home on Christmas Eve.

Everything was relatively normal until 2007, when Abryanna was continually dizzy, often falling down. Her grandmother thought this was the result of growth spurts. When Abryanna fell face-forward on the ground and chipped a tooth, Rita knew something was seriously wrong.

After several tests, Abryanna was diagnosed with Friedreich’s ataxia, a very rare genetic disease that causes progressive damage to the nervous system and is often recognized by symptoms such as gait and speech problems, as well as heart disease.

Today, Abryanna doesn’t let her walker stop her from missing roller skating parties every Friday night. Since she isn’t able to do much skating, she mostly socializes on the sidelines and wins friends easily with her smile. ?