Although 14-year-old Josh has been treated since birth for kidney disease, his first memory of being sick was at age 3 when he got a TV in his bedroom. Josh says he remembers thinking it was “so cool,” but it was there for a reason: to distract him while he was on dialysis 12 hours a day. He knew he needed dialysis to live, but says it was more like just surviving. In his words, “How do you really live when you’re connected to a machine so many hours a day?”

Related story Selena Gomez Reveals She Had a Kidney Transplant 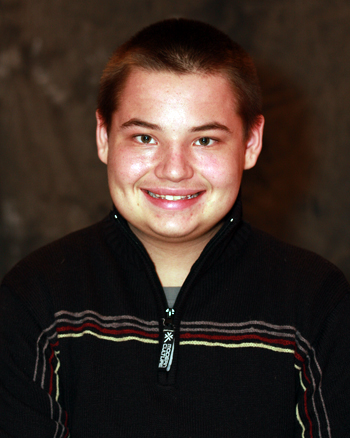 After years of watching other kids live normal, active lives the way he only wished he could, Josh received a kidney transplant at age 6 from a special donor: his mom, Carolyn. It took a year post-transplant for Josh’s body to adjust to the new kidney, but at long last, his new life began.

Josh is finally free of dialysis machines and is living it up, going to nighttime baseball games, swimming at water parks, sleeping over at friends’ houses and seeing sunsets in person instead of on TV or through a window. He’s grateful to his doctors at Cardinal Glennon Children’s Medical Center and especially to his mom for giving him life—twice. ?