While everyone knows about Mars and Venus, that doesn’t explain why a simple conversation can blow up or leave one feeling hurt, nor what to do differently. Do you and your man speak the same language? Probably not. But we can help you translate! 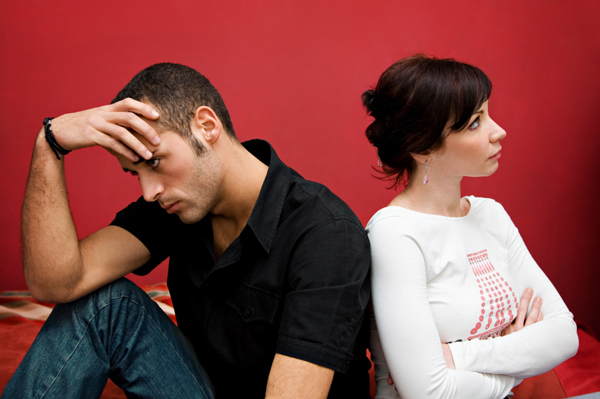 Men and women don’t literally speak different languages. Where we lose touch is in the semantics of what we say:

We need to rabbit
Please, keep your hair on
Do you read the daily agony aunt?

No, I haven’t lost my screws. I’m just speaking the language from across the pond. Although we speak English, just like the British, we still need a translation:

Although we expect English words to be different in England, we do not notice how they differ according to gender.

There’s a dictionary for British English, and now there is one for men and women. Here are some words that men and women commonly misunderstand:

When men refer to intimacy, they mean making love. Such as, “Let’s be intimate tonight.” Or, “My wife hasn’t been intimate with me for six weeks.” When women use the word, they refer to the emotional connection between a man and a woman, including sharing feelings. Women need to feel close before wanting to make love, and men feel close through the act of making love. While both want to take the same intimacy trip, it’s like she’s waiting at the airport while he’s at the train station.

The underpinning of relationships is communication, yet the very purpose of conversation is different for men than for women. For men, conversation is to exchange or get information, to answer questions. It’s factual.

For women, conversation is to connect, to relate to the other person. Even with a simple conversation, like a woman sharing a problem with a friend, can erupt into an argument. For the man, if her comments do not invite a response from him, he may remain silent, assuming if she wanted to share more, she would. For the woman, he’s not responding because he doesn’t care.

In addition to the above, there’s another gender difference to the word silence. Men often feel the most intimate with a woman when they are sitting quietly (silently) in the same room, each one in a separate activity. Or, sitting together watching TV. For women, silence may not be a sign of closeness. If a man is not talking with them, they may feel he does not care. Watching TV requires no interaction, so it may not have the same meaning of closeness to a woman. Silence, then, means closeness to a man, but abandonment or not caring to a woman.

When a man gives advice, he is showing his affection, his caring. Advice is a means of letting the woman know he thinks about her and what he can give to or do for her. For a women, when a man gives (unsolicited) advice, it is as if he is telling her she is stupid and can’t figure out what she should do on her own. She may also feel he is talking down to her, treating her like a child. So, keep your hair on, and listen to this daily agony aunt. If you learn to speak both “male-ese” and “female-ese,” you will enhance your relationship and feel better about yourself.