To whiten or not to whiten; that is the question. From the dentist’s chair to the counter at your local drugstore, there are many ways to brighten your whites these days. But are they safe and effective? Here are five things to consider before you try teeth whitening. 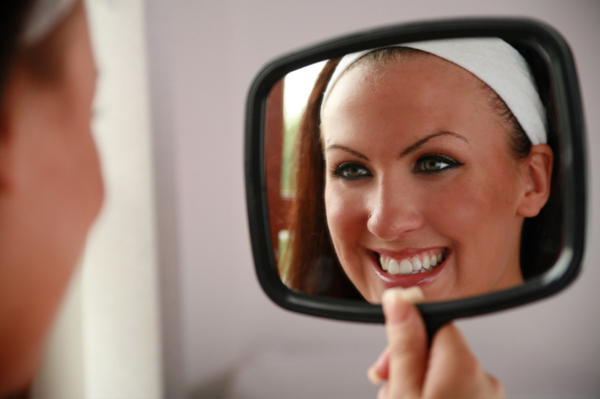 side effects can occur

One common side effect of teeth whitening is sensitivity in the 24 hours following the procedure, says Dr. Melissa Naidyhorski, a dentist at Metro Dentalcare in Chanhassen, Minnesota. Taking a pain reliever every six to eight hours can help if the feeling is too much to bear. Whitening toothpastes also can cause sensitivity, be abrasive on the teeth and lead to gum recession, she says.

Another common side effect of teeth whitening is soft tissue irritation. This usually happens when the whitening solution gets on the gums. Lastly, you might ingest a bit of the gel in take-home whitening kits, which can cause nausea or vomiting.

“Whitening is a long-term process, not a one-time procedure,” Naidyhorski stresses. In other words, don’t be surprised if you need subsequent treatments to get your teeth to the desired whiteness. Also, the results of whitening typically last from only one to three years. The good news: Follow-up treatments usually cost less and aren’t as time consuming.

Keep in mind that you still need to maintain good oral hygiene if you want the whitening to stick. Puffing a cigarette or slugging back a glass of Merlot is going to make your teeth look like they did before you whitened.

Naidyhorski says to avoid any dark, staining substances such as coffee, soda or red wine for the first 48 hours after your whitening treatment. Also, be sure to brush your teeth two times a day to maintain whiteness.

Whitening isn’t for everyone

Certain populations should avoid whitening altogether. Pregnant and lactating women should not undergo the procedure because of the chemicals used. People with peroxide allergies and sensitive teeth and gums are typically not candidates for whitening. Whitening might not take to teeth with cavities, exposed roots or worn enamel, and such teeth could become more sensitive after the procedure. The same goes for teeth with fillings, crowns and other restorations. Darkly stained teeth also do not whiten well.

The results depend on what your teeth were like before

Some people think whitening erases all the damage they’ve done to their teeth over their lifetimes. The opposite is true — the better you’ve cared for your teeth, the greater the results. If you have kept up on your dental appointments, brushed and flossed regularly, and avoided damage and discoloration, the whiter your teeth will appear after treatment.

It can be too much of a good thing

Just like some celebrities go overboard with plastic surgery, others over-whiten their teeth. The result may look bright and shiny, but having the procedure too many times can actually permanently damage teeth. Over-whitening weakens tooth enamel and can produce a translucent look or discoloration that can’t be fixed.