Imagine a cancer that not only changed everything in your life but was actually a cancer that you were too embarrassed to talk about because it ruthlessly invaded your most intimate areas? Colorectal cancer, or colon cancer, is the second deadliest cancer in America, causing over 655,000 deaths worldwide per year. To spread awareness and help others cope with this deadly disease, one woman is tossing her embarrassment aside and speaking out. Here’s what she wants you to know about colorectal cancer. 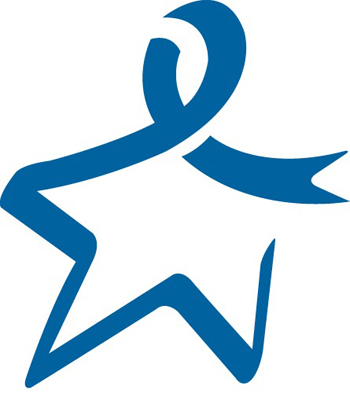 One reason breast cancer is so easily and publically discussed is because women are speaking up and creating a whirlwind of change in awareness and education. One woman is doing just that for March’s National Colorectal Cancer Awareness Month. Colorectal cancer, also called colon cancer or large bowel cancer, develops in the lining of the large bowel, colon and rectum. It usually develops in a polyp and, caught early, is curable in many cases. If left undetected, it can lead to death.

Thea Wilson, age 51, was diagnosed with colorectal cancer one year ago on March 5. She’s telling her story so that others will be proactive and get regular screenings for this common cancer that no one really wants to talk about. Wilson and her husband are both registered nurses in St. Petersburg, Florida, but having a medical background didn’t make the news any easier. “We chose to have a friend, who happened to be a surgeon as well, help to keep us grounded,” recalls Wilson. “We needed someone who was not as deeply and emotionally involved to give us the information, give us the type of decisions we had and the timeframe we had to make the decisions.”

Wilson was diagnosed at the exact age that is recommended to begin screenings for this disease. Fortunately for Wilson, she listened to her body. Her menstrual cycles were occurring closer together and heavier than normal. She was experiencing a lot of discomfort in her back – something she never experienced before. Tests by her gynecologist all came back negative for reproductive conditions, so her gynecologoist suggested a screening for colorectal cancer. Wilson tested positive.

Colorectal cancer can be fatal

After visiting her primary physician and a gastroenterologist, she went in for her colonoscopy. Wilson tested positive for a large colon tumor that appeared to be in a Stage IV cancer. “I was told to get my affairs in order because it didn’t look good,” the registered nurse says. Calling herself an “AARP Parent” (AARP referring to the American Association of Retired Persons), with her still-strong sense of humor, Wilson’s gravest thoughts were of her nine-year-old daughter. “My heart was stopping; I waited a lifetime for this baby of mine – finally I have my daughter and now I won’t get to watch her grow up.”

After a flurry of medical visits – PET scans and CAT scans – everything “fell into place brilliantly,” Wilson says. In less than a week, her illness was pinpointed and a plan of action was in place. Wilson was scheduled for surgery: a diverting ileostomy, which is a surgical opening constructed by bringing the end or loop of the small intestine (the ileum) out into the surface of the skin where waste is collected into an external pouch system stuck to the skin, then chemotherapy for six weeks and radiation therapy every day for five days a week at WellSpring Oncology Cancer Center in Pinellas Park, Florida. It was at WellSpring that Wilson learned, as an RN, what compassion for patients really means to them.

She also took her “transfusions of love” from family, friends and a support system online that allowed loved ones to leave her messages on a website called CaringBridge.org.

During a five-week rest period, Wilson thought she could handle it all but wasn’t quite sure after the chemotherapy. “It was horrendous. I had an unusual response to the chemotherapy – every joint was swollen about three times the size as normal. It was the freakiest thing and very painful,” she says. Wilson is a survivor. She went into remission and decided to speak out to raise awareness about this potentially fatal disease.

Are you at risk for colorectal cancer?

Even if you aren’t yet age 50, the recommended age for colon cancer screening, and are asymptomatic, you should still be aware of the factors that increase your risk of developing the disease.

Signs and symptoms of colon cancer

Being aware of the symptoms of colon cancer can help you detect this disease.

Signs and symptoms of colorectal cancer include:

If you experience any of these symptoms or are concerned you may have colon cancer, don’t let embarrassment stop you from seeking help. Make an appointment with your doctor immediately. Early detection can save your life.