According to the American Lung Association, a typical child in the U.S. gets six or eight colds per year. For parents, that’s six or eight chances to wonder what over-the-counter (OTC) medications they should give to relieve their kids’ coughs, sniffles, sneezes and stuffy noses. But with an aisle-long set of options available in supermarkets and drugstores, many parents find it hard to believe that the best medicine often is no medication at all. 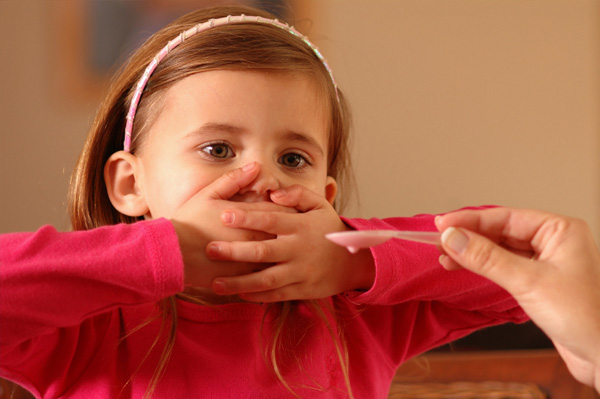 Simply put, a cold virus needs to run its course. If your child’s cold symptoms are on the mild side, increasing his or her fluid intake, using saline solutions (available in a nasal spray at any drugstore) to irrigate nasal passages and hooking up a humidifier (or sitting in a steamy bathroom) to loosen congestion should be enough to provide relief. Only if cold symptoms don’t clear up in five to seven days, or if they worsen, are medicines needed—and then only after seeing your child’s doctor.

If it’s the flu that is making your child uncomfortable (and if he or she is over age 1), your pediatrician may be able to prescribe antiviral drugs to help your child feel better and get well sooner. But these must be given in the first couple of days, so check with your doctor.

For colds or flu, over-the-counter products are not recommended for children under 4 as studies have found them to be ineffective. Doctors say numerous studies have shown that these preparations have only a sedative effect—and that in the very young, sedation can sometimes complicate the breathing problems brought on by a cold or the flu.

Still, let’s say your child is four or older and you can’t help wanting to give something to relieve his or her symptoms. Here are five, easy-to-remember tips for navigating your drugstore’s pediatric-medicine aisle: