Did you just get out of a relationship and find yourself single again? Has the dating scene changed since you were last out there? Are you out of practice in meeting new people to date? 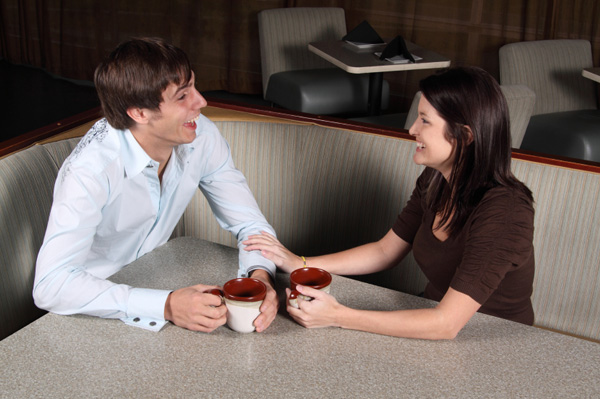 One of my clients who just got a divorce said, “I don’t know how to handle this! When guys are talking to me, I don’t know if they’re just being nice or if they’re interested in asking me out. I haven’t dated for so long, I’m clueless.”

If you have similar thoughts and confusion, dating again can feel like learning to ride a bike for the first time. You’re wobbly, you’re scared, and you’re afraid you look funny.

Here are some tips to help you meet people:

Give yourself a good attitude. Pull up your confidence by remembering your successes, achievements, and the people who love you. Focus on the positive aspects of your life before you go anywhere.

get the conversation going

I strongly suggest a direct question, such as, “Have you been to one of these events before?” When you use a question like this, it requires an answer, so you have opened with engaging the other person in talking. After asking one more question to give the person a chance to warm up, introduce yourself and ask his name. If someone is rude, cold, or aloof, and doesn’t seem interested in talking to you, say “Nice to meet you,” and walk away. You don’t have time to spend your energy thinking about it. People are waiting to meet you who do want to talk.

One research study found that guys who do all the talking turn off 47% of the women they meet. And believe it or not, research also says that men usually talk about themselves more than women do. In defense of the tendency to talk too much, this is what happens when you are nervous. You may also be unaware that you are not taking turns. Pay attention, if you can, to the give and take that is needed to start a dialogue. If you walk away from a conversation with someone knowing very little about him, you either didn’t listen, or — you didn’t let him talk.

Compliments make others feel good, but excessive compliments will make you seem needy, desperate, and insecure. I once watched an attractive, successful man just blow it with his blind date. He told her how beautiful she was so many times you could see the smile fade from her face. She began to squirm, get uncomfortable, and lose interest in him. He could not read the clues, thought the date went well, and was hurt to discover that she didn’t want to see him again. She told me that after the fifth time he gushed, “Wow! You are so beautiful!” she began to be suspicious of what he wanted from her. Everyone wants to feel they are attractive to their date, but they also want to know that the other person sees who they are beyond their looks.

power of touch is immeasurable

Just a slight pat on the top of a hand can release a rush of good feelings from the person who received it. Use this behavior wisely but know that one sincere compliment combined with a simple touch of the arm or hand means you will probably not be forgotten.

I get emails every day from people who met someone, really liked him, but did not follow through on future plans. People are terrified of being “rejected,” which means they may never get the one they want because they won’t take a chance. Whether you meet people in an airport or at the shoe store, if you like them, get their card. Exchange contact information before you say goodbye. Everything in life takes practice. You are exercising new muscles that have not been used for a while. Don’t get discouraged. Think about the above six tips and know that you can become comfortable being yourself and socializing. Go ahead—have a good time. You’re single again.