Marriage is not all sunshine and rainbows. We all know that! But when your relationship flatlines, pulling the plug is not the only solution. We talked to a marriage guru for some tips, then took to the streets and asked real-life couples what they did to save their marriages. Here’s what they had to say! 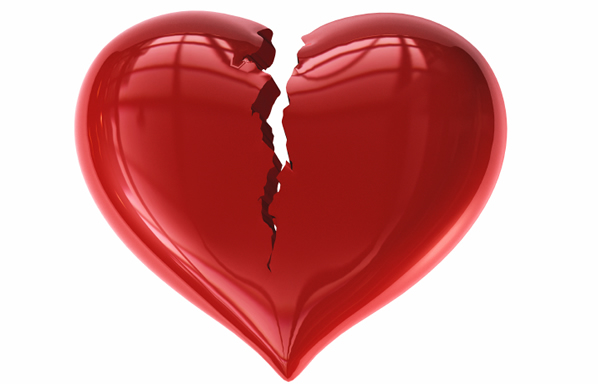 Dr. Tina B. Tessina (a.k.a. Dr. Romance), licensed psychotherapist and author of Money, Sex and Kids: Stop Fighting About the Three Things That Can Ruin Your Marriage, says there are three guidelines to saving your marriage: Calm down, avoid drama and get counseling early. “It’s easy to feel panicked when something goes wrong in the marriage. Understand that problems are just opportunities to learn and grow, and to find a new and exciting way to do things,” she says. You can’t think when you’re upset, so don’t talk when you are. Take a moment to calm down, take a deep breath, and talk rationally about what’s going on. Any problem can be fixed, if you both focus on finding a solution.

Of course, other couples have come up with their own methods. If you’d rather take advice from those who have been there and done that, or use Tina’s tips along with advice from other couples, read on…

“I’m a poster child for ‘Been there, done that,’ explains Karen Howe. “My husband and I went to a workshop called Passionate Marriage — it was excellent and created real breakthrough moments that have sustained both of us for the last seven years or so. One of the key points driven home was that couples — married, unmarried, gay, ethnic — encounter the same relationship issues. Fear (as in, fear of losing the relationship) gets in the way of uncluttered, actionable communication between partners.” In other words, talk! Keeping mum will only allow negative emotions to fester and boil until they eventually culminate with a nasty breakup. If you fear that talking to your husband will mean losing him, then your marriage was irreparable long before the dreaded discussion. Communicate your feelings to each other in a calm manner — that is, no swinging fists or screaming sobs. If he does not follow suit, you might consider counseling.

Mary Ellen Rose, teacher at American University and founder of PIECES for Life, says, “When you’re miserable, you’re marriage seems miserable.” She had to fix what was bothering her in order to even think about saving her marriage. “I was getting heavier than I liked because I was bored as a stay-at-home mom during the day, adjunct professor a couple of nights a week, and miserable in my marriage,” she recalls. “I own a lifetime membership to a gym that is nearby, I have a basement full of exercise equipment, and plenty of know-how to train myself. The bottom line is, I find exercise boring and I needed a reason to get moving. When I couldn’t get into my favorite jeans I decided to start walking my neighborhood to clear my head and get some light exercise.”

Mary Ellen’s husband asked if he could join her. “We started taking walks each evening to blow off the steam of raising our teenagers, chat about our frustrations of the day and bring up other problems we’d need to discuss,” she explains. “If discussions got heated, our pace seemed to pick up but we never quit. We had both been trying to get an exercise routine going for sometime and had both failed miserably at our individual efforts.”

Kelly Ruggiero, wife to a doctor of 19 years, has been married since she was 21. Many people ask Kelly and her husband how they have it so good. But, the two work hard at it. “When our kids were small, my husband felt like we were two ships passing in the night. He felt like I was really taking on the mom role and lost who I was, which was also a wife. He was right — while doing all the mommy roles, being sexy was the furthest thing from my mind,” Kelly points out. Their plan? “Every two to three months, we make it a goal to go somewhere — whether it was two hours away or down the street to a hotel. We would spend the day together sitting on beach, going out to lunch and hanging out at night.”

And suddenly Kelly would feel more like a wife again and less like a mom being out of her normal role. Good advice? “Before you know it, you’ll feel like you’re dating again,” she explains. “It works like magic.”

What people need to realize, says Kelly, is if you want your children to be happy and healthy the best gift you can give your children are two parents who love each other.

Gina Shelton, yoga teacher of EmbodyGraceYoga.com, and her husband got married at the age of 22. After a year, he was ready to end it. They decided attend counseling just to understand what happened. After four or five months of counseling, the two decided to work it out. “We continued counseling for another year, also going to individual counselors. Things were better, but still not exactly how/what we each needed. In 2006, we decided to separate, but he stayed close by,” she says.

After a few months, Gina and her husband went back to their marriage counselor to talk through how they were feeling without each other. “He remembered all the good stuff, and I realized how much I had complied with things to try to make him happy. He wanted to start seeing each other again, but I wasn’t sure,” Gina says. “I told him I definitely wanted to be friends — he could always make me laugh — so I agreed to go out to lunch with him once every other week.” After a few months of “lunch dates,” Gina began to see the man she fell in love with — and in a new light.

Through this process, Gina learned to have patience and that all the best things in life don’t come along when planned. “I learned that I had to let go of the man I thought he should be and see the one right in front of me.”

Readers, what did you do when your marriage went south? Tell us below.

Real couple gripes and how to solve them
De-stressing for couples
How to keep the romance alive (and hot!)