To say colon cancer survivor Carrol Green is inspiring is to say cancer is just a sickness. She is a vibrant, loving force of warmth and optimism on a mission: To stamp out colon cancer. Friends and family agree, calling her the drum major for finding the disease before it progresses. But that wasn’t always the case.

Related story Breast Implants are Connected to Some Forms of Cancer, FDA Warns 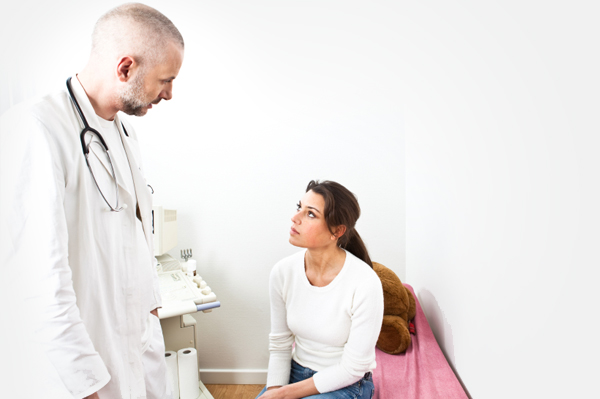 Her husband died of the disease at just 43, with no warning signs they noticed in time. When Greene noticed a few in herself, she shrugged them off — even though she is a nurse. Still, her doctor encouraged her to have a colonoscopy, which turned up cancer.

Today, she’s back to work, cancer free and determined to spread the message about early detection — beginning with her own family. After her experience, Greene insisted that her mother and sister get tested for the disease, too. Their tests turned up precancerous polyps, which were removed successfully.

“I don’t want anyone to go through what I went through,” Greene says. “With early detection and testing, people can prevent colon cancer and stay well.”

We spoke with Greene recently about her experiences and her mission.

SheKnows: What were your early warning signs? Did you recognize them as such and resist further testing out of fear? Or did you attribute them to something else?

Carrol Green: It started with abdominal pain, and my stools were always loose. Being a nurse, I figured it was just irritable bowel syndrome, or maybe I wasn’t eating like I should. After all, I was working a lot to get my two kids through college. I thought I could diagnose myself.

At my yearly checkup, I asked my doctor for something for my abdominal pain, which by then I’d had for six months. When he asked me if I had noticed any weight loss, I said that, yes, I had — but wasn’t that a good thing? He ordered a colonoscopy. I said, “OK, if it’ll make you feel better… But I have IBS. You’ll see — I’m right.” Well, I wasn’t.

I won’t lie: The surgery was painful. But I didn’t have a colostomy, and they were able to do the resection. The extent of the surgery made recovery difficult. The cancer had grown outside the intestinal walls and wrapped around my ovaries, so I had cancer there, too. That meant still more pain and a longer recovery time — which I could have avoided if I had just gotten checked out sooner.

SheKnows: What can you say to encourage people who are afraid of getting a colonoscopy?

Carrol Green: Having a colonoscopy might just be one of the best decisions you’ll ever make. It’s not painful — it’s nothing to be afraid of. And it can prevent a long recovery period from something that went undetected.

I tell people that it takes just two or three hours out of your life to do this. For me, having one earlier would have been well worth the eight months I spent in recovery and chemotherapy.

SheKnows: At what stage were you diagnosed?

Carrol Green: My cancer was at Stage 3B when I was diagnosed at 49. I’m 54 now. Even though I’m a nurse, I couldn’t even recognize my own anatomy in the [colonoscopy] pictures. I immediately knew I was in trouble.

SheKnows: What treatments did you undergo?

Carrol Green: I had surgery, followed by chemotherapy — no radiation. After eight months of chemo, I went back to work.

SheKnows: What helped you get through the diagnosis and treatment the most, besides friends and family?

Carrol Green: My savior — my faith in God.

My husband was 41 when diagnosed, and 43 when he died. I knew the path it took for him, what the disease did to him. Like they say, a little knowledge can be a dangerous thing, so I had to stop relying on my knowledge as a nurse. Everything the doctors were telling me would have caused me to give up, so I decided to rely on my faith. I decided that I would allow all the treatments it would take, and whatever God said, I would do.

SheKnows: What do you want to say to people who are worried about symptoms in themselves or loved ones?

Carrol Green: Everything happens for a reason. If someone’s reading this because she’s concerned about something, maybe there’s a reason.

Listen, chemo makes you wish you were dead. My hair turned white and my feet turned black. I was losing five pounds a week. I couldn’t even walk. I had to scoot on the floor to get around, and my family had to bring me my food. But I put it all in God’s hands. It was definitely a journey, and I kept asking, “What is it that you want from me?”

And this is what I got from it: I am to tell people not to ignore their symptoms. See your doctor! Don’t be afraid of a colonoscopy — or a diagnosis. If it’s caught early enough, colon cancer is treatable. Don’t ignore symptoms. You know your own body: If a symptom is something different for your body, get it checked out.

I’m ringing the bell for early detection. That’s my mission.