Now that the Harry Potter series has reached its conclusion, kids are clamoring for books to fill the void. Fantasy and adventure reads – once relegated to a dusty, quiet corner of the library – are suddenly popular again. But our kids have been a bit spoiled. J. K. Rowling is a phenomenal author whose characters jump to life on the page. If we hand second-rate writers to these discriminating readers, they’re likely to abandon the genre and move on to the latest “based on the hit movie” book. 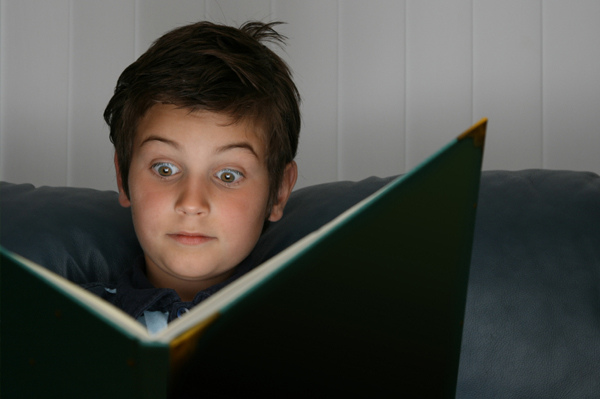 Fortunately, there are some hidden gems on the shelves. If your child has been wandering around forlornly without a book in hand, toss him or her one of these and see if it conjures up a smile.

The classics, such as The Chronicles of Narnia and The Lord of the Rings are good choices for older kids – and some younger ones who saw and loved the movies may be willing to put in the effort necessary for the books.

Younger children often get a kick out of the Choose Your Own Adventure series. The stories are told in the second person (You enter a long hallway with doors on both sides….) and invite readers to choose the direction of the story by flipping to different pages in the book. Many of these books have been revised and updated since they were originally published in the early 80s, and most are truly delightful.

Uglies, Pretties, and Specials by Scott Westerfeld are good books for advanced elementary school readers. The books are fairly quick reads, so they might be good for you to read and talk about with your kids – they raise questions about superficial beauty and the decisions we make based on how people look.

Piers Anthony wrote a wonderful series about Xanth, a fantasy world filled with amazing human and other characters. You can introduce late elementary readers to the first book in the series, A Spell for Chameleon, and let them decide if they want to keep reading. Currently, the series has over 30 books – though they’re not nearly as long as the Harry Potter books.

The Lightning Thief is the first book in Rick Riordan’s Percy Jackson and the Olympians series, featuring a main character who discovers he’s the son of Poseidon and a mortal woman. It’s a clever story that shares some similarities with the Harry Potter series – but it’s fresh and exciting and different enough to appeal to many readers.

Summer is a great time to let your kids explore new genres and books they might not otherwise encounter. If your child is a somewhat reluctant reader, look for one or more of these books on CD or as a digital download. Often, an introduction to the story is enough to draw readers in and make it enticing enough for them to read alone.

For more on books for your children:

Oral Sex Tips for Women Who Feel Awkward Recieving It

19 hrs ago
by Lisa Fogarty