So you married your best friend now you’re getting divorced — now what? As devastating as the idea of divorce sounds, it’s not necessarily going to pan out negatively. In fact, we found lots of divorce success stories out there. We don’t know what the ratio is with divorce success stories versus non-successes. But it’s safe to say, there is light at the end of the tunnel, according to these divorcees… 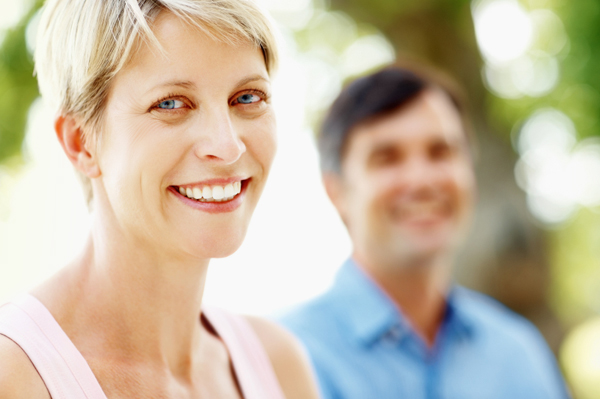 “I am a very successful divorcee. I married the love of my life, and after 12 years of a great partnership, we changed and realized we loved each other so much that we had to let each other go. Since we divorced, we have worked together professionally and love it! My ‘was-band’ found an amazing woman and we are both happier, healthier and love that we are still in each other’s lives. You know the old saying, ‘When you love someone, set them free?’ Well, in our case, we came back to each other professionally and have a very deep love for each other. Friends called our divorce the ‘divorce of the decade.'”
– Lorrie

“I got married at 20 and was completely insecure. I thought I needed a man to complete me, but I was comatose, walking through marriage without feeling alive. I was terrified my life was over but more terrified that if I left, no other man would want me. My husband wasn’t bad to me — I just got married too young and didn’t even know what love was. My turning point was when some of my students dared me to rap. It led me to try, and stimulated me to see there was life beyond an unsatisfying job. My husband hated me being out so much. I was no longer the constant wife-y type, coming home from school to cook and clean and plan social dates with friends. Eventually, I decided that I needed to live instead of passing time. When I finally left I danced out and didn’t take a dime in alimony. My freedom was worth everything and all I needed. I’m still good friends with my ex. It was very amicable. He was a good person, but couldn’t handle me changing.”
– Daylle

“I was very inspired by my divorce. I have turned my lemons into lemonade. I am the founder of the National Association of Divorce for Women and Children, a 24/7 resource center that supports single-again women. When I divorced 14 years ago, I was searching for tools to help move my life forward, and to be the best role model for my children. That’s when I became certified in the coaching field. I’m also a certified behavior consultant. I have been working with family law attorneys for years and have developed a program called “Single Again! Now What?”, a 12-week program mentoring other divorcees. My joy is when I see a mom believe in herself again.”
– Joanie

From Lies to New Love

“My first husband and I were married in a beautiful Catholic ceremony. About a year later, I came home from a meeting and my husband was at the kitchen table working on his laptop. He was in good spirits and indicated he was planning to go out to watch football with a group of friends from work. I thought nothing of it… At 2 a.m. the phone rang. It was my husband, telling me he had been arrested… He was charged with four felonies, including importuning and soliciting a minor for sex! He convinced me it was a misunderstanding. I endured the humiliation of his arrest being on television and the radio. I came to understand that our entire marriage had been a charade. Everything that came out of his mouth was a lie. I eventually told him I wanted a divorce. I later learned that he had been cheating on me the entire time. I was so depressed… Finally, I woke up one day and discovered that I actually had it pretty good. I picked myself up and put away the wine glasses. I went to Europe for the first time. I bought my own house — painted and decorated it myself. I decided to start dating again. I met a man on Match.com — he proposed 16 months later. We have one son and another child on the way. I am truly convinced that everything happens for a reason.”
– Maureen

“I have been divorced for exactly a year now. I am finally in a great place! I haven’t been this happy nor healthy (mentally and physically) in years. I was married for 20 years and began to grow in ways that my ex just couldn’t understand. I went through a very difficult divorce — my ex was very controlling and mentally abusive. I was scared to death to leave, but I began to get stronger. I have turned my story into a business called AndeLifeCoach.com, where I coach other people to find their ‘authentic’ true selves. I have never looked or felt better.”
– Andrea

Friends for the Kids

“My ex-husband and I have an excellent working relationship. We share custody — one week on, one week off — and have agreed that we will always give each other the opportunity to have more time with the kids if we need childcare. We both agreed that it wasn’t about us. It was about the kids, first and foremost. We are told by many divorced friends that we are fortunate to be good friends now, and should be the example of what divorced parents should be.”
– Natalie