Life during and after a divorce can be crippling, but there are many reasons to stay positive. Psychologist Michael Jolkovski posed the question to me: Why should there be any trouble holding one’s head up after a divorce? ‘Shame is a big part of why divorce is always more painful and disruptive than anyone anticipates,’ Jolkovski points out. ‘At some level, a divorce feels like a giant failure in one of the biggest projects in life.’ It takes a lot of emotional work to get through these feelings and to feel better again. But, we believe in you. You can do it. Read 10 reasons why you should stay positive after a divorce — they may help you along the way… 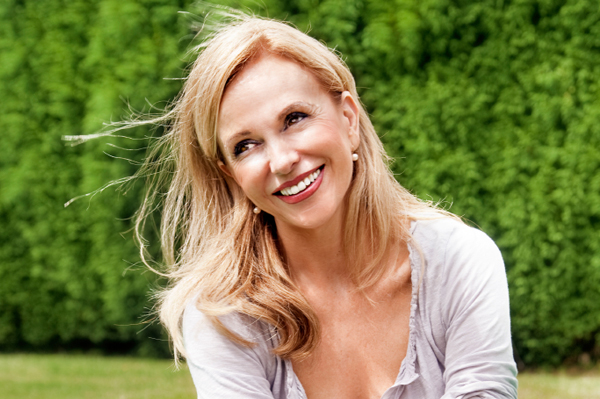 What is Marriage, Anyway?

“I would encourage your readers to reflect on how they built up their understanding of what a marriage is. This begins very early in childhood, in play with dolls and drawings and make-believe with friends, which often center on some notion of family,” Jolkovski explains. “These notions are running quietly in the background in adults as unconscious assumptions, which can have a brutal collision with adult reality. This reality includes facts of life such as that people come to marriage with wildly differing understandings of what it is all about; that we cannot make anyone love us, no matter how wonderful we try to be, and that none of us has that much control over the way life plays out.” Instead of focusing on the failed marriage, Jolkovski suggests to realize your resilience and flexibility.

You Did Something for You

Peggie Arvidson has been divorced twice, and she admits it’s not easy. “I guess the best reason for holding your head up, though, is knowing that you did something for you. Not in the selfish, ‘It’s all about me’ way or in the way of making him a bad guy and you look like the victim, but rather I could hold my head up knowing that I had done a lot of inner work to make a decision that was harder than most people think and I was going to honor me,” she explains. Arvidson also points out that in the process, you’ll come to trust yourself more, realize that you’re strong enough to take a stand, and understand that you learned something along the way.

Your License to Reinvent

Faith McKinney, who’s been divorced twice and has been remarried now for seven years, thinks the new start is a positive change. “The great thing about divorce is that it is a license to reinvent yourself without your ex-husband’s input or criticism,” she explains. “I learned to trust myself and that it’s OK to enjoy myself.” McKinney began to make mistakes without fear of reprisal or retaliation. “Even though it is very difficult emotionally, financially and socially, I survived. Twice.”

For Emma, blogger of DivorcedBefore30.com, the divorce gave her a sense of invincibility. “You’ll have good days and atrociously bad days, but on the good days, you’ll see that anything is possible,” she explains. “People are, for the most part, gracious. You will have fun again as soon as you give yourself permission to let go.”

Here’s to Good Family and Friends

Don’t forget about the people on your team! “Your friends and family will be there to help you pick up the pieces — let them,” Emma advises. The love will have your head up in no time. You just have to stop and smell the roses (and by “smell the roses,” we mean recognize the people that love you).

For those getting divorced, a transformation is inevitable — that’s something to look forward to, according to Andrea Gross, lifestyle coach who’s writing a book called, When You’re Ready. She’s happily divorced and has never been happier. “There were days and even weeks and months that I could barely function. Now, only one year later, I look and feel better than I did 10 years ago.” People ask Gross what her secrets are, and that is the reason she started her practice. The secret? “I have found inner happiness and strength — I am my authentic, sexy, confident self again.”

It’s grand — it really is. “If you gave it your best shot, and you know it’s over, don’t waste time in resentment and anger — it’s self-destructive. Let go,” says Tina Tessina, a.k.a. “Dr. Romance” and a licensed psychotherapist. “Do your grieving, cry, write in your journal and talk about it alone or with a trusted friend.” You can even have a fun “letting go” ceremony with close friends, and say goodbye to your married life, she suggests.

For Ron Thomson, who has been divorced twice with no animosity, fighting or children, believes one reason to keep your head up is because of relief. Although both of his ex-wives were the ones who initiated the breakup and wanted the divorce, Thomson did keep his head up. “Whatever problems we were experiencing are now over,” he recalls. “It hits you later that your family is gone and you are alone.” At either case, you get to start over again, Thomson points out. “To me the women lost out on a good man. That’s a good reason to hold your head up,” he adds.

When You Put Your Kids First

Sometimes taking the higher road is another way to keep your head up. Don’t be negative — think of the transition for the kids. “You can keep your head up if you manage to put your own needs aside for the kids. I don’t mean stay married, but, during divorce and beyond, put the kids first,” says Lauren Whitman, author of Austin’s Best Idea Ever. “When my (now) husband and I were first together, he missed his daughter terribly. I encouraged him to stay in touch with his daughter daily and to tell her that he loved her often. I think he felt supported in keeping that connection strong since I took that position.”

Look to the Future

Alicia Rinaldi, a family attorney who has also had to mediate in a multitude of family law matters, reminds us not to forget about what’s to come. “I’m not a trained therapist or social worker, but I try to encourage my clients to see past the present so that together we can get them to a better place in the future,” she says. “While the stress of experiencing a divorce or strife in your family life is certainly great, keeping an eye towards the future helps put things in perspective so that setbacks don’t derail the case.”

The transition of divorce can be extremely rewarding — being in a toxic relationship can stifle a person’s dreams and expressions, but separation from it can also be a stepping stone to teach you what you need out of a partner, and what you want out of life.

The cost of divorce
Breakup healing strategies
How to move on from rejection, breakups and being dumped