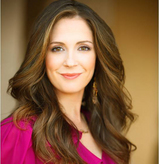 We hit the streets to find out straight from the mouths of men, what makes a great girlfriend. Is it nightly nookie, legs for miles, free-time with the guys or just a BFF to call their own? Well, interestingly from coast to coast, 20-something to 40-something guys pretty much all want the same things, and truth be told, their formula is a lot less complex than ours tend to be. Follow the recipe below to become a keeper in the eyes and hearts of men. 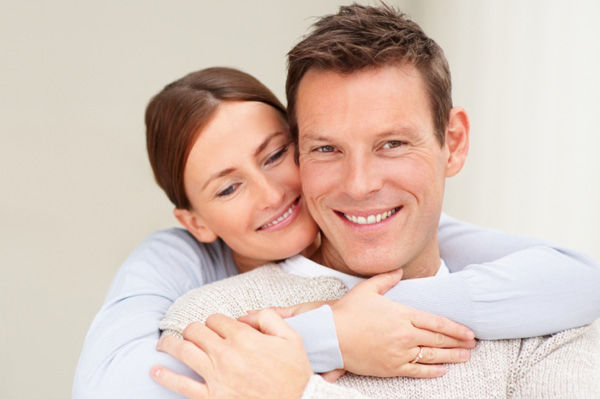 “All of my relationships have started to sour when my girlfriends began suffocating and trying to control me. As they attempted to police my every action and rob me of my freedom, we became adversaries.”

“If I catch a girl searching my phone or she starts suspiciously questioning me, it is over. A great girlfriend is secure in herself, and trusts me. If you put your faith in me, your feelings on the line and just trust me, the last thing I want to do is disappoint you.”

“I need to have the same idea of what fun is as my girlfriend does. For example, I am a speed tourist – I can’t last with someone who would take 7 hours at the Vatican – 2 hours is plenty; I want to see the waterfall, not hike in it for hours, and so on. We need to like the same kind of restaurants, parties, etc. Also, be willing to try ‘my’ things because I will be willing to try yours.”

HAS A COMPATIBLE SEX DRIVE

“I can’t be with someone who doesn’t want sex as much as me, or more than me. We definitely need to be on the same page in bed.”

HAS A LIFE OF HER OWN

“The biggest thing that separates a good girlfriend from an OK one is someone who has a life of her own. If the relationship is a girl’s primary focus, invariably she finds things missing in it, whereas if it’s a compliment to the rest of her life’s goals and interests, the little things are no big deal.”

KNOWS WHEN TO ZIP IT

“Good girlfriends don’t nag or hassle you or argue all the time. When you complain all the time to me, I stop listening and start thinking about something else, so you are really just wasting your time.”

“I don’t need an Iron Chef but a woman who can throw down a respectable meal or two is really important. Not only is it nice to be cooked for every once in a while, but this can be an indicator that she is mom material.”

IS ATTENTIVE BUT NOT CLINGY IN PUBLIC

“I’m all for a little kissing and cuddling when out, but save the show for the bedroom. If a girl needs to be attached to me 100 percent of the time when we are out, that shows me that she has to prove to herself and others our status, which is a real turnoff.”

GOSSIPS WITH HER GIRLFRIENDS

“I want to be my girlfriend’s boyfriend, not her girlfriend. I can’t stand it when a girl blabs on and on about her friends’ drama or even worse – celebrity gossip.”

IS A POSITIVE PERSON

“Just be happy. Be someone I look forward to seeing because of your light, positive energy – project sunshine.”

IS A SLOW-PACED REALIST

“Please ladies, don’t ask to have ‘the talk’ about exclusivity after a month, or bring me to meet your parents on our third date. I don’t want to talk about what it would be like to have kids with you just because you saw a cute kid on our fourth date. And buying me a gift to celebrate two months of dating is out of the question. Take it slow and let things unravel naturally.”

DOESN’T FLIRT WITH MY FRIENDS

“A good girlfriend, no matter what, will never ever flirt with my friends, no matter how much better-looking they are than me.”

TELLS ME WHAT IS WRONG WHEN I ASK

“I am done dating girls who make me guess what is wrong with them. When I ask, just tell me. Be assertive with what you want, what you need, what you think and how you feel. Otherwise, you come across as an emotional basketcase and that makes you a bad girlfriend.”

DOESN’T TRY TO MAKE ME JEALOUS

“I’m not a jealous person and girls who try to make me jealous are not cool. Also, don’t perform secret little tests to see what I will do in certain situations – I know what you are up to, and I will pass every time, but you will fail because it is annoying and shows that you are insecure in our relationship.”

“I like my girlfriends to maintain their look. That means being well groomed and making an effort to look nice. I like a sexy look that shows off her physique but not one that crosses over to looking trampy – a good girlfriend always projects class and saves the real good stuff just for her man.”

DOES LITTLE THINGS TO SHOW SHE CARES

“One of the best things a girlfriend can do to show she cares is to notice the little things that might help me out in my life and take care of them for me – like if I am working late, bring me dinner or if I’ve been complaining that my back is bothering me from a lot of business travel, book a massage for me at my next hotel. These are the things I do for my girlfriends and it is nice to have them reciprocate.”

IS CONFIDENT AND COMFORTABLE IN HER OWN SKIN

“You have to be yourself. A thousand percent yourself, all the time. A bad girlfriend morphs herself into what she thinks I want her to be instead of being confident enough in her own skin to just be herself. If we are meant to be a match, our natural selves will mesh, if not, we won’t. I am not going to change for a girl and a girl shouldn’t change for me, either.”

IS DOWN TO EARTH

“The higher maintenance the girl, the worse a girlfriend she is. A woman who is down to earth is much more appealing – someone who can go with the flow and isn’t caught up in superficiality and little things that really don’t matter.”

WILL LEAVE ME ALONE SOMETIMES

“My best relationships have been with women who have been supportive when I needed support but also respected my space when that is what I needed. Sometimes a guy isn’t ready to talk about his problems or feelings with you and pressuring him to do so will push him further away. Instead, be patient and he will come to you when he is ready.”

LET’S ME BE WHO I AM

“Here’s the thing. I like me for me and you should, too. If you don’t, then don’t be with me. Trying to change me (the way I brush my hair, how I eat my food, what I say, etc.) is an exercise in futility and just makes you a bitchy girlfriend.”

More on how to be a good girlfriend

19 hrs ago
by Iris Goldsztajn