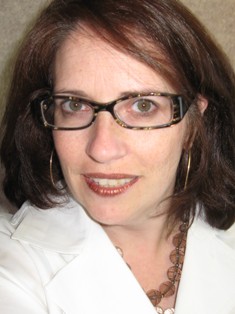 Like most Americans, Liz’ life has been touched by cancer. She lost an aunt to breast cancer; an uncle to lung cancer; and two friends, one to ovarian cancer and another to melanoma. But Liz’
defining experience with cancer is not a story about loss. It’s a story about hope.

How cancer impacted her life

Nineteen years ago, Liz’ mother was diagnosed with a brain tumor and the doctors were not optimistic. Having just graduated from college, Liz was not prepared to lose a parent. She wasn’t even
ready to look for a “real” job. But all of a sudden she was meeting with oncologists, conferring with family members and visiting Mum at the hospital every night.

Liz watched as her mother approached the cancer with courage and grace. “Take it out,” was her mother’s matter of fact reaction to the doctor when he told her about the tumor. The night before the
surgery, Liz couldn’t bear to leave the hospital. But her mother sent her home telling her, “There is no need for you to sit here all day tomorrow. I will be unconscious any way.”

Mum made it through the surgery but the doctors only gave her a year to live. And then one night about a week later as Liz was walking through the automatic doors to the hospital, she overheard her
father, standing at the bank of pay phones nearby, leaving her and her sisters a message. The doctors had changed their prognosis and Mum was going to be okay. And Mum is okay, 19 years later.

Every year, on the anniversary of the surgery, Liz celebrates, “Life Day.” For Liz, Life Day is a time to pause and remember all that she is thankful for — like the strong woman who raised
her and the family who rallies when needed. She is even thankful for the private moments the brain cancer provided for her and her mother: shopping for scarves to cover the scar and watching
television together when her mother was bedridden. And always, she is thankful for hope. Because cancer taught Liz to believe, that even though things don’t always play out the way you want, you
always, always have hope.

Liz also maintains her own blog at Hello Ladies.

19 hrs ago
by Iris Goldsztajn