It’s a lot harder to write about yourself than you might think, but I’ll give it a try! I am a born and bred Northerner who has found herself calling the South home for the past few years. I grew up in South Jersey with my parents and younger brother, and after living in Ft. Lauderdale and Manhattan, I have finally settled in Chapel Hill, North Carolina, also known as “the Southern part of Heaven.” I drink too much Diet Coke and coffee; love the movie Mary Poppins; I can be too serious for my own good; I like ordering Chinese take-out on rainy days; and cupcakes are one of my favorite foods! I became an aunt in 2007, and my nephew is one of the most special people in my life. I love spending time with him and spoiling him, and am prepping him to be a Tar Heel! 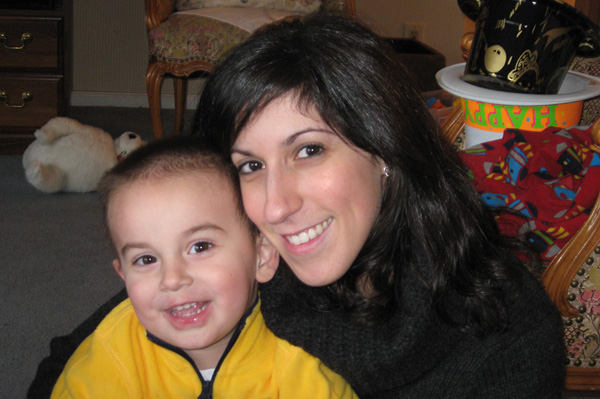 I graduated from Muhlenberg College in 2002 with my BA in psychology and women’s studies and earned my MS in clinical health psychology from the Philadelphia College of Osteopathic Medicine
in 2006. I have assisted with research at the Cancer Institute of New Jersey and completed internships at the Hospital of the University of Pennsylvania and Memorial Sloan-Kettering Cancer Center.
After getting my MS, I worked full-time while deciding what I wanted to do next. I knew I wanted to have more of a focus on health and cancer, and in 2009 I graduated with my MPH in maternal-child
health from the University of North Carolina Gillings School of Global Public Health.

Right now I am assisting with research at the UNC School of Nursing and taking classes part-time to satisfy pre-requisites to apply to nursing school. I am also a freelance writer for
livestrong.com and eHow.com, focusing primarily on cancer and other health topics. In what little spare time I have left, I like practicing yoga, running, listening to music and reading. 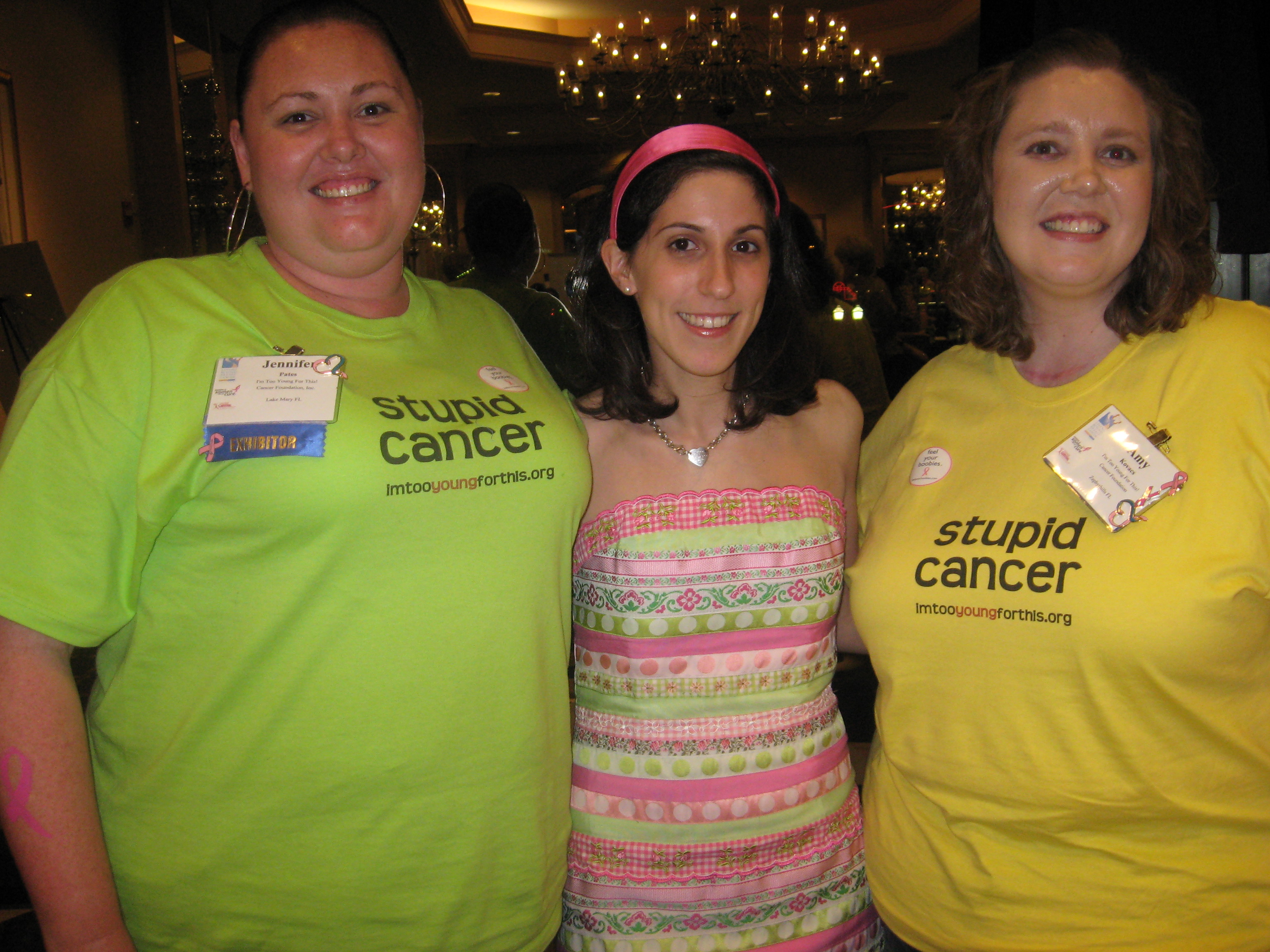 How Cancer Impacted my Life

I often think that somehow, oncology chose me, rather than the other way around. After all, there are easier ways to make a living. When I was 12, a boy in the grade above me died of leukemia; he
was 13. I went to a small private school, with many of us having gone there since kindergarten or first grade, so everyone knew everyone else. It was the first time someone my age that I knew had
died, and it floored me. The following year, a classmate of mine was diagnosed with a brain tumor, and we spent many weeks and months visiting her at Children’s Hospital of Philadelphia. When
I visited her, though I’m sure I was aware of it before, it was the first time I realized that kids don’t always get better. Some kids go into the hospital and don’t come back out
alive. I don’t remember when or how, but I went into high school wanting to be a pediatric oncologist.

As it turned out, life had other plans. Somewhere along the way, I started to think I couldn’t “do” science, and though I applied to college as a pre-med, switched to psychology.
After I graduated college, my grandfather went through a prolonged struggle with lung cancer and died when I was 21. Watching him in one of the last weeks of his life seared into my memory the
horrors of lung cancer and the dangers of smoking, as well as brought up many questions in my head about quality of life and decisions about when to stop treatment. I started a Master’s
program in clinical health psychology in the fall of 2004, and shortly after classes began, I found out that a mentor of mine had just been diagnosed with breast cancer at the age of 39. To say
that I was blindsided would be a gross understatement. I walked around in a state of shock for days, and was filled with fear and helplessness.

up next: how these experiences with cancer gave jaime courage 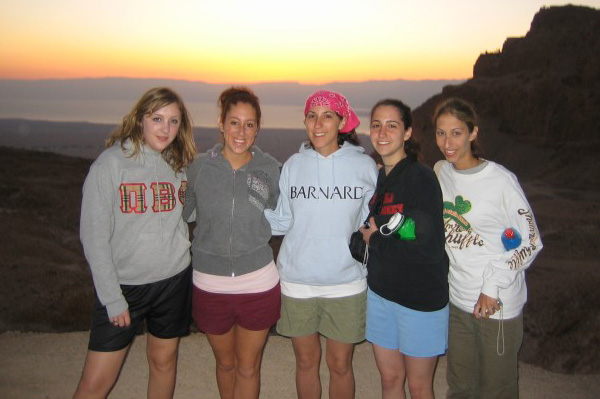 To avoid being overwhelmed, I started to read about breast cancer. The more knowledge I had, the less room there was for fear; it gave me a sense of control. My psychology program was housed in a
medical school, and I read my way through the breast cancer books, moved on to the general oncology books, gynecologic cancer books, pediatric cancer books, and eventually, medical oncology books.
I found the seminal book on psychosocial oncology, Psycho-Oncology, by Jimmie Holland, and dove into the field. I worked with people living with cancer at the Hospital of the University of
Pennsylvania, and assisted with psychosocial oncology research at the Cancer Institute of New Jersey. Slowly, I remembered my teenage goal of wanting to be an oncologist, and in a strange way,
working in the field just felt right. I lobbied on Washington with the Lance Armstrong Foundation, and met many wonderful survivors, advocates and warriors in the cancer world. Many people I am
honored to call friends have either survived cancer or are living with it currently, and some have passed away from the disease.

My maternal grandmother was diagnosed with Stage IIA breast cancer in the fall of 2008, and after a mastectomy and radiation, she is in remission. For so long, despite working and studying in the
field, cancer was something that I felt happened to other families. When it happened to mine, once again, I was stunned. This time there was a personal element to it; I wondered what this meant for
my own future health, as a young Ashkenazi Jewish woman who now had breast cancer in her family. Seven months later, another mentor of mine whom I had met at a Lance Armstrong Foundation summit,
was diagnosed with Stage IV breast cancer, after being in remission for 17 years. Even for individuals who work in oncology, Stage IV cancer is still feared. It is not talked about as much as it
should be, or as much as other stages of cancers. Stage IV still carries a stigma and an air of dread. Through both women’s diagnoses, my resolve to work in cancer grew stronger.

As it turns out, I had no idea how much stronger my resolve could get. In August, I got a phone call from my dad, telling me that my aunt was getting tests done because she had abdominal
distention, gastrointestinal problems and fatigue. When I heard this, that old familiar cold feeling spread through my stomach, and instinctively, I knew she had ovarian cancer. A week later, we
had a diagnosis of advanced ovarian cancer/primary peritoneal carcinoma. I struggled – and still do – with my instinct to intellectualize it and deal with it in terms of academic or
medical terms, rather than on a “heart” level. Yet again, my passion for oncology has been renewed, although on less than ideal terms.

Cancer has impacted my life in very personal ways, and in many ways, has helped shape who I am and would like to be. It is constantly teaching me about living, loving, dying and struggling. It
forces me to face my fears, and drives me to work to make things better for others. If I could do it all over again without cancer in my life at all, would I? Of course. But it is what it is, and
we can choose how we react to adverse situations. My reactions have led me to the path I am on now, and for that, I have no regrets.

53 mins ago
by Tarah Chieffi