Three hundred million children around the world suffer from hunger, according to the United Nations Children’s Fund (UNICEF). The problem is even more exacerbated by the fact that children are the most vulnerable to malnourishment (World Health Organization).

Those who have the comfort of eating their favorite dishes daily don’t always realize that poverty and hunger-stricken children may indeed exist in their very own neighborhoods. 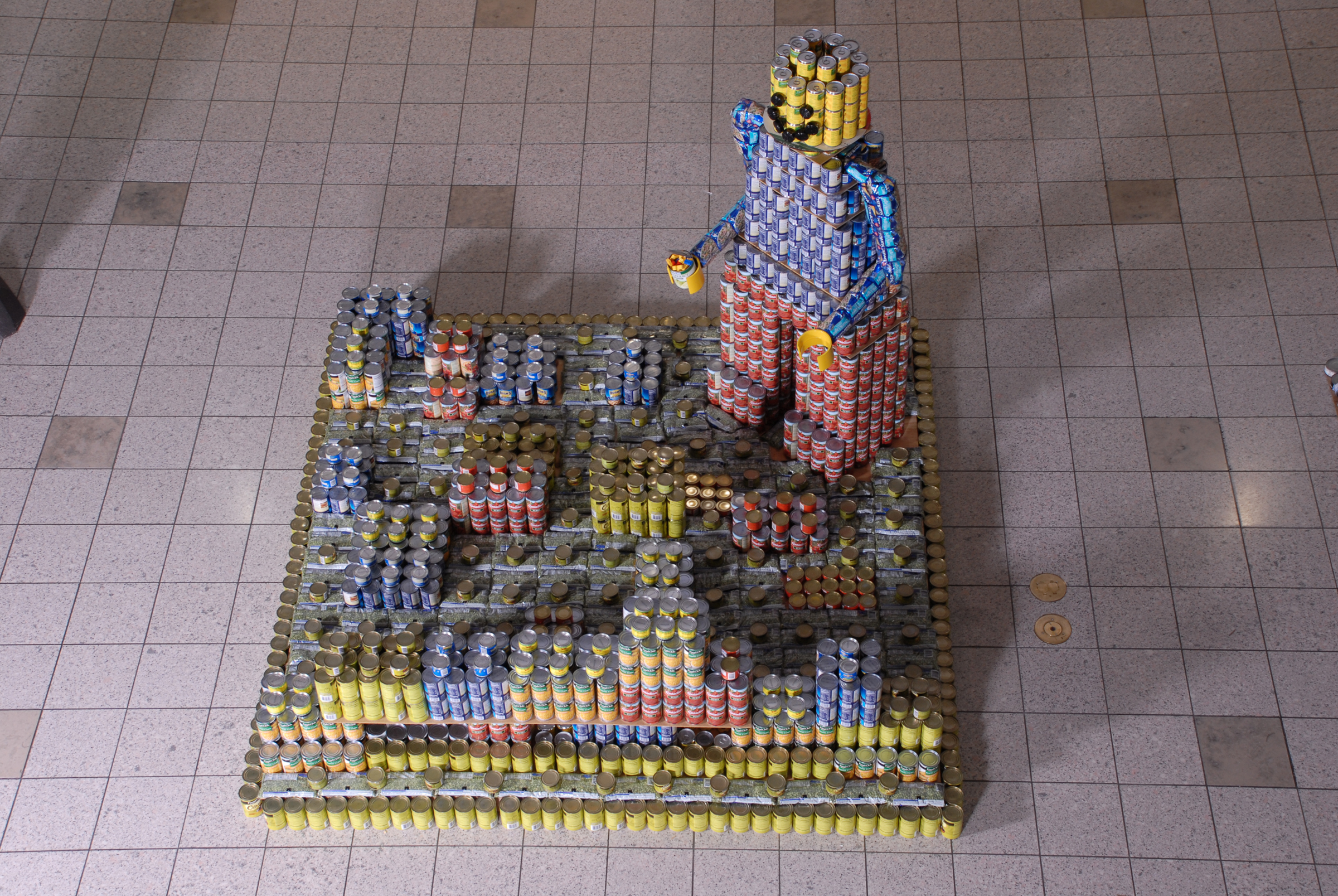 Countless statistics like these are what prompted members of the Society for Marketing Professional Services Arizona Chapter to participate in a national nonprofit organization that helps feed the hungry. Dubbed ‘the most unique food charity in the world,’ Canstruction® is a competition where teams of architects, engineers and contractors have 12 hours to build giant structures, measuring 10 feet by 10 feet by 8 feet high — out of virtually nothing but canned food.

Preparing for the build

Canstruction takes place in several cities throughout the U.S. and Canada, but the Phoenix competition sets stage in Fiesta Mall in Mesa, Arizona. Ten teams, who are responsible for their own fundraising to purchase the food, are building structures for the 2010 competition with hints of a Vancouver 2010 Winter Olympics structure and a partially demolished Hunger Wall.

The SmithGroup/JJR|Floor/DPR Construction team got creative with fundraising this year. ‘Knowing the fiscal impacts of the current economy on firms, we decided to ask product manufacturing companies to donate items for a tri-office raffle,’ said team leader and designer Katie Westrick. ‘People were so excited about the possibility of winning high-dollar items like an Eames table and other designer furniture that we raised more than $1,200.’

Another team, Strand Associates, is working with 30 students from East Valley Academy, a local high school, to design and build the structure, as well as help with fundraising to teach the students leadership skills.

The structures are exhibited for one week alongside a simultaneous food drive, and visitors may vote for the AIA Phoenix Metro People’s Choice Award. Other awards are handed out for Structural Ingenuity, Jurors’ Favorite, Best Meal and Best Use of Labels. 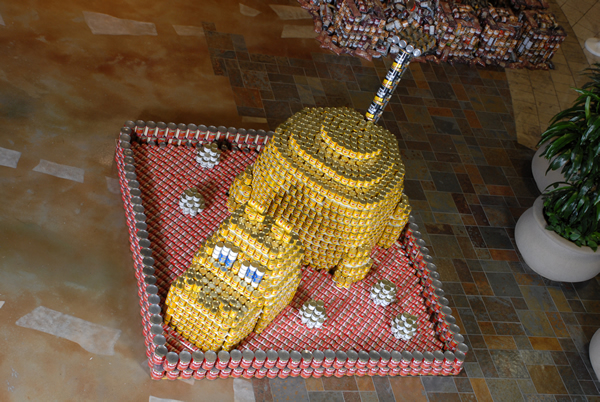 At the end of the exhibition, the canned food is donated to St. Mary’s Food Bank Alliance. The world’s first food bank, St. Mary’s began in 1967, has four distribution centers throughout Arizona and is part of the Feeding America national network.

‘With one in 12 seniors and one in five children in Arizona living in poverty and going to bed hungry each night, large donations to our Emergency Food Boxes such as the one received from Canstruction is critical to the St. Mary’s mission,’ Food Bank President and CEO Terry Shannon said. The food bank’s 2009 demand was up 35% over 2008, which was up 50% over 2007. ‘Those numbers are unprecedented in our 42-year history and leave us searching for every way possible to help those dealing with the issue of hunger,’ Shannon confirmed.

With a dash of compassion and a twist of imagination, Canstruction teams work to end hunger, one can at a time.

For More information about this event: www.phoenixcanstruction.org