The torrid details just keep coming in the Tiger Woods infidelity scandal. With each new piece of the heartbreaking puzzle comes a collective wave of anger and frustration among women of all ages. As the drama plays out on an international stage, have Tiger’s actions resulted in a heightened awareness to cheating? If so, how far is too far when monitoring your man? Read on, then take our poll on the right! 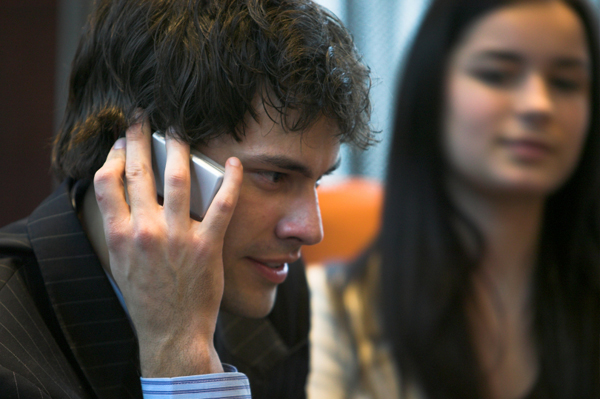 “I hope the lying, cheating bastard burns in hell.”

That’s pretty much the gist of the comments Dr Cannon is hearing in his office from women in the wake of Tiger Woods admitting his “transgressions.” Cannon sees firsthand the impact of Tiger’s actions on patients already struggling with infidelity and trust issues. The attention given to the Woods situation tears open fresh wounds and causes many women to backtrack on whatever progress they’ve achieved in therapy. “The women I see in my office are in pain and they’re angry, but they’re also in the midst of attempting to heal,” says Cannon. “The mention of Tiger really triggers their fury, especially because they are highly sensitive to infidelity issues right now.”

One of the most painful topics seems to be Tiger’s apparently perfect life, including a gorgeous wife and kids and cushy lifestyle. “Women look at this situation and immediately compare their own lives with his,” according to Cannon. “This leads to the inevitable question, ‘If his life is so perfect and he still cheated, what is my husband up to?'”

Tiger’s actions have spurred women into vigilance, especially those who were already suspicious of their husbands. But, obsessive vigilance can create fear, which leads to paranoia, which can completely alter the way a woman views her marriage, husband and entire life. What may once have been casual observation of a husband’s whereabouts, expenses, phone records and trips can turn into a full-blown undercover operation. “Paranoia tears families apart and is a huge roadblock to healing,” says Cannon.

To have a happy and healthy relationship, both parties must have complete access. “This means no secrets, no private emails, no ‘bat phones’,” says Cannon. “It’s a balancing act for the woman who has been cheated on. She has a right to be vigilant, but he needs to be on board as well by granting her access.”

If you are following your husband (or having him followed), timing how long it takes him to get from point A to point B, or checking his email/phone/bank accounts without him knowing, you are probably going too far. In addition, you’re operating from a place of secrecy, which rarely results in a favorable outcome for either party. Whether or not previous transgressions have occurred, immediate and complete transparency is the best course if you’re concerned about your husband’s faithfulness. But suspicion and jealousy can blur the line between monitoring and open communication. “Monitoring denotes a sort of covert mission, wherein the man doesn’t know he is being observed,” according to Cannon. “Making a decision to eliminate secrets and agreeing to be held accountable is a different thing, and a much healthier option.”

Can any good come of the intense publicity surrounding Tiger’s indiscretions? Perhaps the silver lining is the potential for men (and women) who are either cheating or on the verge to question their actions before they are completely buried in lies. “It’s surely possible that men will see Tiger’s fall from grace as an opportunity to check in with themselves and question their own actions before it’s too late,” says Cannon.

Conventional wisdom says this situation won’t end well, but time will tell. “Tiger certainly has access to the best therapists available. If he and his wife are both willing, they can pull through this,” says Cannon. “If they do overcome this situation, their relationship will be a shining star to which struggling couples can latch on.”

Whatever the outcome, the constant barrage of media attention is sure to make women and men at least consider what they would do in a similar situation. The challenge comes when that voice inside prompts us to take action rather than just ponder. If you are finding yourself becoming more observant these days (or if you’ve succumbed to downright spying), open up about your suspicions and eliminate the communication roadblocks immediately. This may be the only way to give your relationship a fighting chance.

Do you agree? Scroll up and take our poll on the right!