One of the most controversial topics in the health industry over the last decade is organic food and whether it’s healthier than conventionally raised food. Not until recently were the benefits supported through findings of extensive research, which found that organic food is more flavorful, safer and more nutritious than the non-organic counterparts. Let’s take an in-depth look at six benefits of organics for children. 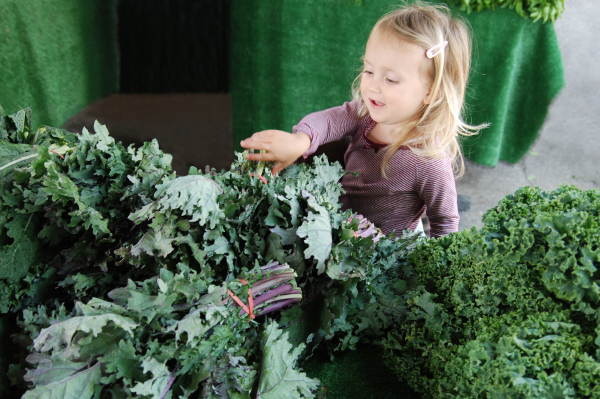 The latest research indicates that organic food has higher levels of trace minerals, vitamin C and other antioxidants than non-organics. That’s because organic crops rely on their own defenses rather than chemical pesticides. Therefore, the antioxidants involved in the plant’s own defense system (aka phytonutrients) are higher in organic produce.

Reduction and prevention of some allergies and diseases

Organic foods have higher levels of disease-fighting antioxidants and essential vitamins, such as vitamin C. Industrial pesticides and fertilizers used in intensive farming contain synthetic chemicals, residues of which remain in the food. Some of these chemicals are responsible for a number of common allergies and have been linked to serious diseases such as cancer. Organic foods and beverages such as acai berry and apple cider are recognized as having significant health benefits.

Children and unborn babies are most vulnerable to pesticide exposure due to their less-developed immune systems and because their bodies and brains are still developing. Exposure at an early age can cause developmental delays, behavioral disorders and motor dysfunction.

Organic farming practices reduce pollution (air, water, soil), conserve water, reduce soil erosion, increase soil fertility and use less energy. In addition, organic farming is better for birds and small animals; chemical pesticides can impede reproduction in birds and small animals and can even kill them. It is also better for the people who harvest our food and for the children who play and live near farm fields.

Organic produce is typically produced on small farms near where it is sold, so it’s fresher by the time you get it — and isn’t treated with preservatives. Fresh and chemical-free fruits and vegetables taste better than conventional produce. And better taste means a greater possibility that your kids will reach for the apples over the chips.

Children’s immature and developing organs, brains, and detoxification and immune systems, plus their larger intake of food per pound of body weight, combine to make them even more susceptible to toxins than adults. American toddlers eating mostly organic food have been found to have less than one sixth the pesticide residues in their urine compared to children eating conventional foods, lowering their exposure from above to below recognized safety limits.