When Veronica Crowe was a young girl, she would often feel herself “spacing out” for 30 seconds or so when staring at the television. She couldn’t see the screen clearly or hear sounds around her. Doctors did not realize that the staring spells were actually seizures until Veronica was 13 years old when she had a more serious seizure, saw a neurologist and, after months of testing, was finally diagnosed with epilepsy. Now at 29, she’s reaching out to help others overcome the hurdles of living with epilepsy. 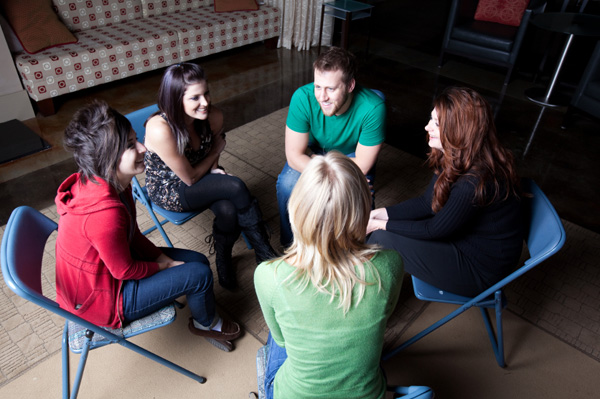 Veronica Crowe works as a librarian at a Dallas law firm. She is planning, for the first time, to travel independently abroad. She’s going to Italy for her 30th birthday. It’s quite a
leap for a woman who moved back home with her mom after college, fearful that a seizure would land her in the hospital.

Crowe is one of three million Americans living with epilepsy, a chronic neurological disorder characterized by recurring unprovoked seizures. She credits her current independence and happiness to
her supportive family, and determination to find the right doctor. She wants to inspire others to take control of their own situations and become an advocate for their own health with the medical
community.

“Finding the right medication took away some of the fear, giving me the strength to believe I didn’t need to have someone to watch over me constantly so I could finally live the life of an
independent adult,” she says. “Now I am ready to travel, even alone if necessary. As long as I take the proper precautions, I feel very safe on my own.”

Build a support network for information and courage

Crowe is starting her own support group, and is considering a graduate degree to become a counselor.

“Starting a support group is important to me because I hadn’t met another person with epilepsy until six years after I was diagnosed,” Crowe says. “Had I known someone else
in my same situation in those early years, I would not have felt so abnormal and confused. This feeling never fully goes away because so many people do not understand seizures, so it’s
helpful to have others around who understand exactly what you are going through.”

Spot the signs: Kids who “space out” may need help

Crowe would “space out” while she was watching television, unable to hear or speak. Sometimes her mom would call her and become angry when Crowe didn’t respond. She thought Crowe
was ignoring her. These staring spells turned out to be seizures, but remained undiagnosed until she had a larger seizure at age 13 and went through months of testing.

Initially, Crowe was treated by a neurologist who frequently changed her medications, but Crowe never felt like he had a real interest in helping her attain “seizure control.”

At 18, she took charge. She found an epilepsy specialist who has treated her for more than 10 years. The turning point came when the specialist suggested Crowe enroll in a clinical trial for a new
medication. Success followed; Crowe finally had seizure control and the independence that she was seeking.

Crowe is determined to inspire others to take similar control of their health care and find the right solutions.

“Epilepsy is a confusing and frustrating disorder and I believe patients need specialists who will listen and have their best interests in mind instead of switching to and from different
medications each time one does not work,” she says. “Specialists have more options to offer a patient, such as clinical trials, vagal nerve stimulator, or surgery. The main point is to
aim for seizure freedom with minimal side effects.”

Tell others what to expect from seizures

Crowe recommends talking about your seizures with your loved ones and others with whom you spend time. Most people living with epilepsy tend to warn the people around them about what to do if they
have a seizure, but most can’t explain exactly what happens, she says.

“Unfortunately when someone sees you have a seizure for the first time, they will be scared and refuse to believe you are ‘back to normal’ for a long time,” she explains.
“It is important for people to know.”

Advocate for your own health care

Crowe recommends the following tips to help others with epilepsy advocate for their health:

Epilepsy is a daunting disease, but it can be managed and you can live a full and happy life if you take charge of your health.