If you want to avoid major drama in your relationship, resist the seven habits below that are known to ruin otherwise healthy relationships. 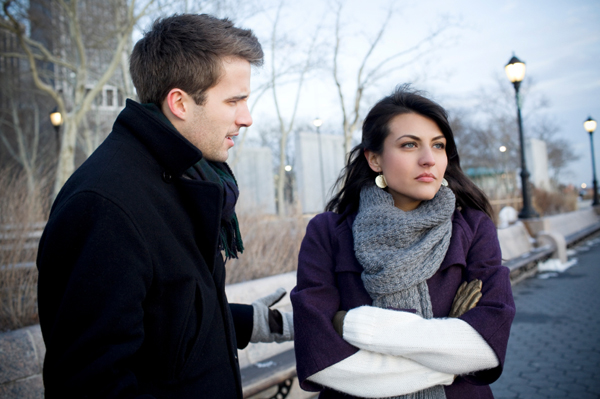 No matter how you feel about your boyfriend’s family, making it known to him just how much they drive you crazy is bound to drive an irreparable wedge into your relationship. Even if he, himself, thinks his relatives are bonkers, no one likes to hear others bash their blood relatives, so it’s best to hold your tongue when the subject of his family comes up.

You may think you’re doing yourself a favor by keeping up constant surveillance your boyfriend’s blog, Facebook and Twitter habits; however by being aware of the minutiae of his whereabouts and thoughts, you’re more likely to overanalyze his habits as they relate to your relationship and do more harm than good.

It’s natural for couples to have the occasional argument, especially after being together for any significant amount of time; however, fights that become so uncontrollable that they regularly spill out into the open are an embarrassing and damaging relationship problem that should be nixed.

Not only is it bad for your health and overall well-being, but letting yourself go — whether that means gaining weight or not caring about your appearance — after settling into a relationship is one habit that sends a bad message to your partner: if you stop caring about yourself, he may assume that you’ve stopped caring about him too.

Trying to improve him

Many women think they are helping the men that they’re with by trying to make them over, however, by doing so, they only end up causing more problems for the relationship. Think of men as being similar to dogs: they may be able to learn a new trick or two over the course of a relationship, but if you think you can turn in a pit bull into a poodle, you are going to be in for a whole lot of heartbreak.

Everyone would like to think that they have the perfect relationship; however, if in your quest to avoid creating drama in your relationship, you frequently allow things that upset you to go unsaid, you are doing yourself and your partner a great disservice. Good communication is the cornerstone of any happy, long-term coupling.

Lying to your boyfriend for any reason does not bode well for a successful future together. Just don’t do it.

What do you do to prevent drama in your relationship? comment below.