Being single is great… when you want to be alone. But if you’re craving a relationship and can’t seem to make one happen, there’s probably an underlying reason. Here are three of the most likely ones. 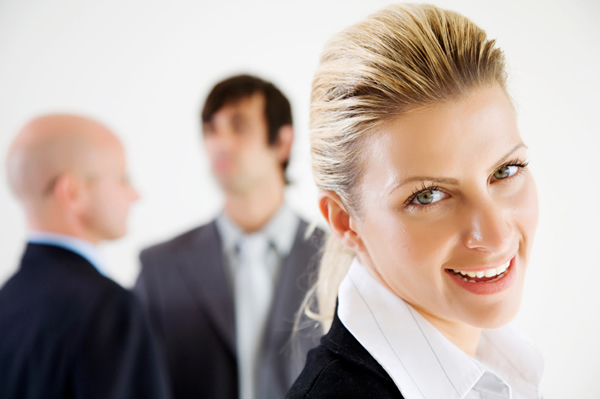 You think there are no men worth dating.

No matter where you live (even in the remotest parts of Montana,) somewhere nearby is an emotionally available, worthwhile guy who’s just waiting to meet you. If you are waiting to meet him, however, and he’s twiddling his thumbs waiting for you, then you may never cross paths! So, get out of the house and put yourself into social circulation if you’re not meeting any men through regular channels, such as online dating and set-ups from friends. You’re not going to be swept off your feet sitting at home.

Another thought: If you find yourself lacking in male options at the hangouts you typically frequent, then obviously, it might be to scope out new places. If you’re being asked out but aren’t really feeling the guys, then maybe you should consider lowering your standards a wee bit. “Hey, you know that long list of so-called dealbreakers that you have?” says TheFrisky.com. “The one that includes ‘gap-teeth,’ Sci-fi fans, and picky eaters? Scratch off all of the ones that don’t actually freaking matter — when you’re old and in adult diapers, his soft spot for ‘Star Trek’ won’t matter.” We’d all like to date Zac Efron-lookalikes with Ivy League degrees, but by holding out for perfection, you may just be missing out on a really decent, caring guy.

On the other hand, you may not have a problem meeting guys… Maybe it’s the keeping them aspect that’s problematic. Sure, jerks are out there, and you can’t blame yourself for every relationship failure, but if men keep running from you after every date, you need to take a hard, close look at your dating habits. Do you obsess over a guy but clam up when you’re around him? Do you talk too much about your ex? Do you text him to say “hi'” two seconds after parting? If your relationships are lacking longevity, pick up a self-help book or speak to a therapist to iron any kinks out of your dating style.

No one likes to think of herself as being desperate, but if you spend a lot of time frantically obsessing over your love life, you may just fall into this category. Keeping your eyes open for a potential date is fine, but don’t make it your life’s purpose. Instead, keep yourself busy with hobbies and exercise, make time for friends and family, and just live your life. Not only will these things keep your mind off of dating, but they also will make you even more attractive to possible suitors. Men are naturally drawn to women who look happy and won’t be too needy or possessive down the road, so take a break from working so hard at dating and relax. Sometimes you can be doing everything right, but the timing or circumstances just aren’t right. As my grandmother said, give time some time.

Are you proud to be solo or just haven’t met the right one yet? Comment below!

17 hrs ago
by Meredith Goldberg

21 hrs ago
by Hannah Rimm