As much as we’d like to think the best of the people in our lives, the sad truth is that most women have at least one “frenemy” in their social circle, i.e. a woman who masquerades as a friend but is secretly jealous and would enjoy it if something bad happened to you. In essence, the very opposite of a friend. 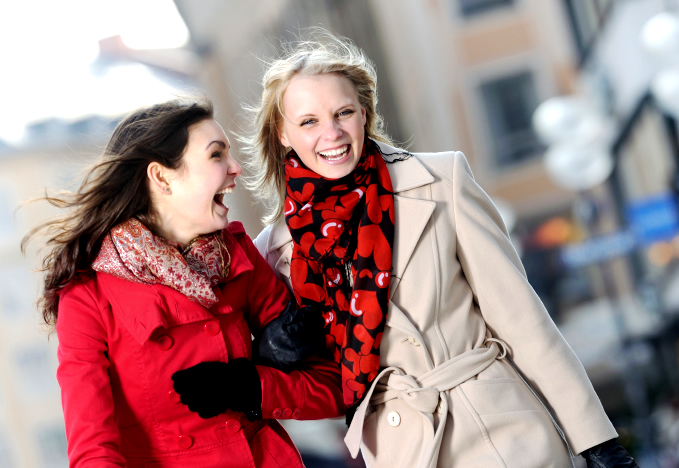 However, while a friendship with a frenemy may start out well and with good intentions, after a few months, she will usually show her true colors. Below is a list of four toxic friends you don’t need in your life and how to get rid of them.

Who She Is: Almost every woman will know a Flake at some point in her life. Luckily, she is easy to spot, as she’s the one who always cancels at the last minute, reschedules your plans, or just plain doesn’t show up to events. She may even have good reasons or be apologetic about it. For example, she may have two little kids or a hectic work schedule. However, regardless of her explanations, the Flake’s excuses don’t make up for the times you have to spend waiting for her to arrive or being forced to show up to a party alone because she forgot to tell you she couldn’t make it, not to mention her rude disregard for your feelings.

How to Dump Her: A Flake is the easiest kind of bad friend to get rid of. You could take the grown-up approach and tell her that you can’t deal with her perpetual lateness anymore or, simply, give her a taste of her own medicine and “forget” to return her calls and emails, like she’s prone to do.

Who She Is: Like the Flake, the Clinger doesn’t mean you any harm; her only fault is that she doesn’t realize how annoying she is. Mere days after meeting a Clinger, she will begin calling you and acting like your BFF. This attention, especially if you’ve struggled to make friends in the past, can be flattering. However, after a while, it can become exhausting. As soon as you get home after having hung out with a Clinger, she’s likely to have already emailed you, asking you when you want to hangout again. Worse, she may feel the need to keep you informed of her every life update, however insignificant, and/or constantly seek out your advice.

How to Dump Her: Trying to phase out a Clinger is hard, as she doesn’t understand the concept of boundaries or take rejection well, but it’s the only way to cool things down with her. A Clinger may freak out if you tell her that you need space, so it might be best to tell her a little white lie instead, such as you have a lot going on at work at the moment or you’re moving to New Zealand for a while.

Who She Is: The Drama Queen has a self-destructive streak. She will complain that she can never meet quality men and then go out and sleep with 5 guys in a night or she will talk about how she’s going on a diet, only to scarf an entire box of Krispy Kremes a second later. Things are always going wrong in the Drama Queen’s life, especially with her personal relationships, and she often uses you as a sounding board for all her problems. At her worst, a bored Drama Queen will try to stir up problems in your life as well.

How to Dump Her: Obviously, the Drama Queen loves drama, so whatever you do, don’t let her know that you’re the least bit upset or angry at her, as it will only spur her on. Instead, politely excuse yourself when you see her and try to keep all conversations with her as brief as possible. Indifference is the only way to send a message to her that you no longer want to be friends.

Who She Is: In movies, the Bitch is always played by an icy, perfect-looking blonde, such as Nancy Allen in Carrie or Rachel McAdams in Mean Girls. However, in real life, the Bitch can come in all shapes and forms. She could be a 5’10 Glamazon at the gym or a pudgy girl at work with a God complex. Regardless, all Bitches have one thing in common: they make you feel bad about yourself and have no remorse for subtly (or not so subtly) criticizing everything about you.

How to Dump Her: While it’s never good to yell at a Drama Queen, a Bitch totally deserves it. Send a mean letter, delete her off of your Facebook, whatever you have to do to get rid of her is justifiable, so long as she is out of your life. Just remember: every second you remain friends with her does damage to your self-esteem.

Do you have a toxic friend in your life that you can’t get rid of? Share your story below in the comment box.