If both your hearts are in the right place, marriage can add tremendous happiness and value to your life. However, many people opt to get married for the wrong reasons. Below are seven scenarios where you should say “I don’t.” 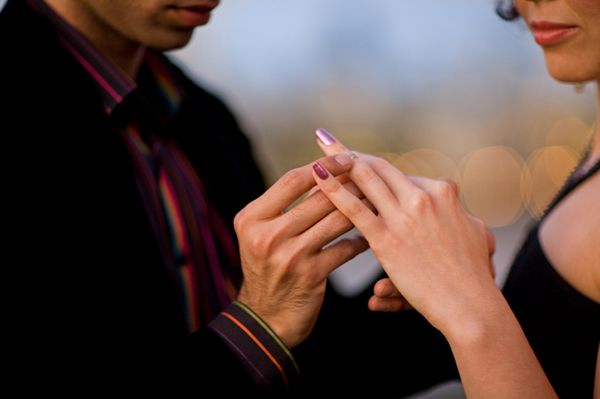 You Happen to Be in Las Vegas

Although the saying might be, “What happens in Vegas, stays in Vegas,” unfortunately when it comes to spur-of-the-moment weddings, the after-effects of being legally married travel back home with you. Just ask Britney Spears.

You Want to Help a Friend Get His Citizenship

It may sound like a nice thing to do, but marrying a friend (or a stranger) to help him obtain U.S. citizenship has really scary consequences. Even if you don’t get caught and go to jail, if your hubby at any point has to go on welfare, even if it’s 10 years later and you’re divorced, guess who will be in charge of paying his bills? Here’s a clue: it won’t be the government.

All of Your Friends Are Getting Married

From ages 25 to 30, it seems like everyone on the planet gets married and if you’re still waiting in line to catch your own bouquet, attending countless weddings is not only frustrating, it can make you feel left out. Try to remember though that rhetorical question your grandmother so wisely asked you at a young age: “If everyone decided to jump off a cliff, would you do it too?”

The loud ticking of a woman’s biological clock has no doubt influenced many women to get married. However, life is not a game of Musical Chairs and planning to settling down with someone just because you’re getting older is a recipe for marital disaster.

You Want Someone to Support You

Credit cards, student loans, badly paying entry-level jobs, there are a million reasons for cash flow problems these days. However, rushing into marriage with someone only because he’s financially stable is not a good idea. Just because he’s Mr. Moneybags, doesn’t mean he’s not also a jerk.

Because rewards only come with risk

If you’re so unsure enough about the idea of getting married that you mainly think of it as a risk, you absolutely should wait. Of course, a little faith is necessary in all relationships, but it’s also vital that you feel a lot of confidence and comfort with your partner before you swap vows. If you’re feeling unsure now, those emotions will likely only be amplified once you’ve sign that marriage contract.

Unexpectedly pregnant can be a scary situation to find yourself in. Luckily, thanks to celebrities, there’s no longer a stigma to raising children without getting married. If you and your partner are not ready, then it’s better to keep dating and not rush into anything while raising your child. What’s most important is that the baby is raised by two loving parents, regardless of whether you’re married or not. After all, getting married prematurely won’t make getting pregnant prematurely any easier.

Being in love is a beautiful thing, don’t get us wrong. However, just because you’re in love doesn’t necessarily mean you have to get married. Besides love, a lot of other factors are important to consider when deciding whether to take that next step. Are you both financially secure? Do you agree on vital life issues, like where to live and whether you want kids or not? Have you been together for more than nine months? These questions are all important to consider, too.

What’s your reason for not getting married? Share your thoughts with everyone in the comment box below!

What is the right age to get married?
The recession’s impact on your sex life