Startling news: About 60 percent of children who have been identified as problem learners have undetected vision problems and many may be mistakenly diagnosed with attention-deficit hyperactivity disorder (ADHD), according to the American Optometric Association. Regular eye exams are key to your child’s health and development. 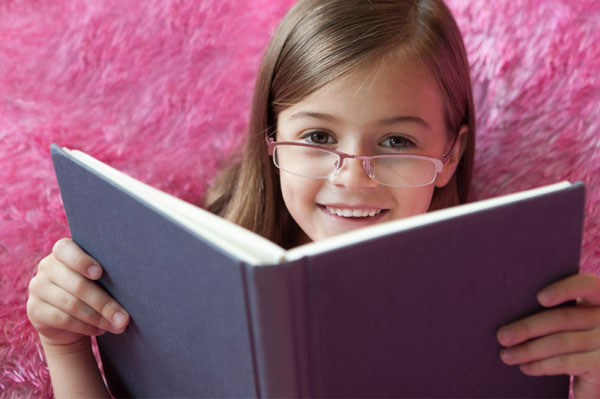 What happens when a child can’t see properly? Some kids think blurry vision is normal because they don’t know that they should be seeing clearly. They may compensate for poor vision by
using the stronger eye, unknowingly straining their eyes to force focus, or just by sitting at the front of the class to see what’s going on a little better. Part of the issue, experts say,
is that kids won’t usually complain; they just keep struggling along.

Children with vision issues may lag behind in reading or writing at school because they simply can’t see books, schoolwork or the blackboard. Classroom learning becomes stressful because they
won’t be able to progress like other kids. The added stress often causes a child to become distracted and exhibit behaviors of hyperactivity — two symptoms commonly attributed to ADHD.

Optometrist Joel Zaba, a spokesperson for The Vision Council and national lecturer on children’s vision and learning problems, says 80 percent of learning comes through the visual processing
of information, and one in four children in the United States has vision problems. The best response is early detection of vision problems by regular eye exams.

Diagnosing vision problems in children is the first major hurdle

Getting a clear diagnosis for childhood eye problems can be daunting. Infants, toddlers and preschoolers, particularly those under age three, are at risk because they haven’t developed the language
and communication skills to verbalize their problem. School-age kids may not realize they have a problem, so they don’t voice any complaints to parents or teachers.

If your child shows any signs of vision problems or even learning problems get her eyes checked out. The younger children are when diagnosed, the better the chance of successful treatment. Doctors
generally recommend children have their eyes screened by an optometrist at birth, age one, three and in Grade 1, and annually until age 18.

“Parents underestimate the strong relationship between vision and learning,” Zaba says. “Early detection of vision problems is key to addressing and correcting treatable problems,
such as amblyopia (lazy eye), crossed eyes, nearsightedness, farsightedness, and astigmatism, and possibly avoiding a misdiagnosis.”

Many children only receive a basic vision screening at their school, which may not detect all vision problems, Zaba says.  The Vision Council and Walmart have partnered together to spread
the word on vision screening: Regular eye exams from a local eye care professional or Walmart Vision Center are critical. Parents need to be proactive when it comes to their children’s
eye health through regular testing and watching for warning signs that may suggest their child is experiencing vision problems.

Common signs that may indicate your child has vision problems:

It’s also important to note that many of the signs that indicate a child is having vision issues are similar to symptoms that might indicate other health problems, Zaba advises.
“Parents should make sure their child sees a primary care doctor if they notice any changes in their child’s health or signs that something is not normal.”

Vaccine Hesitancy Is On the Rise — & Experts Are Sounding the Alarm

Easy Ways to Move & Exercise More When You Mostly Sit All Day, According to Trainers