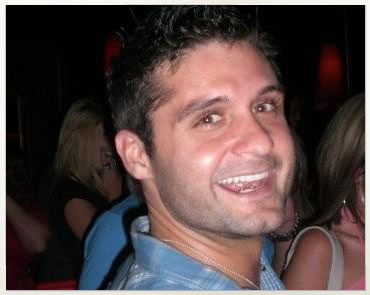 The accent is the first thing you will notice about this Romanian born US import. But unlike the cold Eastern Europe region that he is from, Corneliu (pronounced Cornelius) Popescu is as warm and
friendly as can be. Born and raised in Bucharest, his family was forced to move to United States as political refugees in the early ’90s. He ended up in Chicago, where he finished high school, then
continued his education at University of Arizona in Tucson.

A die-hard Arizona Wildcat fan (it’s his Alma Mater, don’t hold it against him!), Corn or Cornel (as his friends call him) can talk and talk. In fact, he speaks three languages, ladies! He is a
soccer hooligan (F.C. Barcelona) as well as a Chicago Bears devotee. Currently an Arizona resident, Corneliu is involved in different real estate projects throughout the valley. He is physical and
active, quite well-traveled and now addicted to it. Some of his favorite hobbies are scuba diving, reading, hiking, long distance running and parasailing.

Some people would describe him as adrenaline junkie and the bundle of energy in his group of friends. Sporadically he relaxes and does nothing, while fooling around with music.

1: So what would women be wise to do? How would we best approach you guys… let’s say we’re dating and we want to go that next step?

Well, a lot of the times women try to anticipate. They think we need to look into the crystal ball and read their minds. We’re willing to essentially give them whatever it is they want, if they
just come out and tell us. Say, “Hey, I need to be supported this way. I need you to do this with me. I’ll feel more loved if you do this,” instead of throwing out little hints and expecting us to
pick up on them and expecting us to automatically understand what it is they want.

2: What’s the most annoying thing a girlfriend can do in a relationship?

I probably think that the most annoying thing for me is a woman being a hypocrite; expecting us to do things that they don’t do themselves.

3: Why are some guys so turned on by the girl-on-girl action?

There’s actually something very exotic about women. When you have one exotic woman getting it on with another exotic woman – there’s that feeling that some sexiness is going on there, which I don’t
think you can ever find in guys. No matter how good looking they could be or anything.

Both. Lingerie leads to naked, so might as well…

The bedroom can be a two-way managerial office I guess. Both of you guys can lead.

6: What if you married a girl who started out really physically fit and tuned into how she looked and then she has the kids and lets herself go. How would you manage that in a long-term
relationship?

I’d support her, and instead of attacking her – which is just going to discourage her – maybe go work out with her and get her going and kind of spark her again. Help her on her diet and give her
positive reinforcement, because that’s the only way you’re going to get her to respond to any kind of feedback and take more pride and care in her body.

Up next: Corneliu talks love and sex

40 mins ago
by Jessica Toscano