We sat down with a group of five men to find out what they find irresistible in women. Here’s the list of traits that these men (and probably all men) find to be appealing in the opposite sex. “There are certain things I look for when I look for a girlfriend,” says Brandon. “If she embodies these traits, she’ll only be hotter to me.” 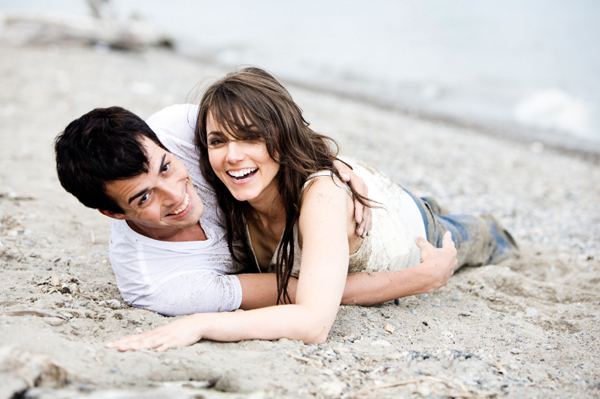 Purnell, a single male who’s currently on a girl hiatus, thinks that a girl who knows who she is and likes who she is, is hot. He doesn’t want to keep on reassuring his future girlfriend. She already has to be put together inside and out, and “that’s irresistible,” he adds.

“She has to be able to hold a stimulating conversation with me,” says Jeremy, a 30-year-old single man. “I’m really attracted to girls who can hold her own and might even teach me a thing or two.” The lawyer believes a “hot” girl who’s below him intellectually is only fun for one casual date, but it’s not ideal long-term.

When asked what he finds to be irresistible, Brandon, a self-proclaimed superficial single, surprised us. “I know my eye is always on the lookout for a pretty face, but if a girl can make me laugh, even if she’s not hot, I’d still find her to be girlfriend material,” he explains. “A good sense of humor is irresistible because it’s so pleasant to be around and shows she has a brain and confidence” (traits that also made this list).

“If she has messed up teeth, it’s disgusting — enough said,” says Brandon, who’s single and can’t help being picky. “A girl with straight, white teeth, to me, is irresistible. It means she knows how to take care of herself.”

Check out: How to get a celebrity-caliber smile >>

Some guys might want to be with a girl who plans to stay home with the kids when they’re married, but for Purnell, a woman who’s driven is irresistible. He has always dated girls with careers or grand ambitions. He finds a girl’s motivation and work ethic to be sexier than her appearance (though he believes someone’s looks counts a little bit).

Eric, a 35-year-old hairstylist, is in love with the woman he’s dating. Their first date: sky diving. “It was her idea, not mine,” he explains. “I’ve never done it before, but she has. I said, what the heck, and it was an amazing bonding experience.” Besides the unique first date, Eric said he found his now girlfriend irresistible because of her zest for life. “The fact that she does crazy things and can be spontaneous is so hot to me,” he adds.

“No one likes a girl who’s too intense and a bit of a handful,” says Vincent, the man I’m currently dating. “A girl who’s easy — and not in the sexual sense — is a catch. So many girls can be dramafied and analyze every little thing.” The 29-year-old says he’s been on so many dates with girls who over-think and that’s not only stressful for him, but is a total deal-breaker.

No wonder Jennifer Lopez has had the opportunity to be involved with so many great men. From Chris Judd to Ben Affleck, and now being married to Marc Anthony, you can’t deny her sex appeal. Many say it’s her confidence, which also made this list; others will assume her bum has a little bit to do with it, too. “I like a girl with curves,” says Brandon, who’s still single and is anxiously awaiting his J-Lo. “I know a lot of girls go on diets and try to slim down, but being too slim is not sexy — at least not to me.”