ABC News Senior Health and Medical Editor, Dr Richard Besser, phoned SheKnows for an exclusive chat about the Swine Flu and the H1N1 Virus. Health advice on a viral attack from the medical professional on the front lines, as the former head of the Centers for Disease Control (CDC), there is frankly, no better source for Swine Flu information. 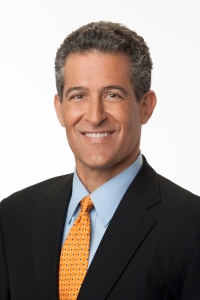 Besser is specifically
speaking to SheKnows readers of the two at-risk populations: pregnant women and children. What can be done to ease the worry this cold and flu season? The good doctor will be reporting throughout
this critical flu season on ABC News and abcnews.com.

The doctor is in!

Dr Besser: I was just looking at the website and it looks great.

SheKnows: Well, thank you very much. We have a lot of moms who visit our site and they, as many of us are, are quite concerned this flu season — more so this year than ever. I
wanted to start by asking how does the Swine Flu, H1N1, differ from the regular seasonal flu?

Dr Besser: It differs primarily in who is at greatest risk. This is a virus for which young people don’t have much immunity. So, unlike seasonal flu which tends to hit the
elderly, this virus tends to hit children harder. It also hits pregnant women harder. Seasonal flu does that as well, but what the CDC has reported with this virus, pregnant women are at increased
risk of hospitalization and severe consequences.

SheKnows: What are some of the early signs that pregnant women or moms should look for?

Dr Besser: It was much easier to spot in the summer and late spring when there weren’t other respiratory viruses around. This time of year, there are a lot of colds and flus
around and its hard to sort out. But the general symptoms of the flu are runny nose, cough, body aches and fever. Most children, who get the Swine Flu, have had mild illness — but some have not. 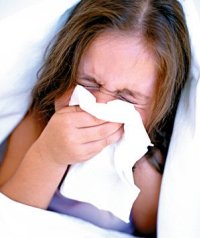 SheKnows: Would you say, to err on the side of caution if you were a parent or is it more about making yourself educated?

Dr Besser: I think it’s important parents understand what the signs and symptoms of the flu are and more importantly to understand what some of the danger signs are. The
danger signs for this flu would be a child or an adult who has the flu and is getting better and takes a turn for the worse — getting a high fever, for instance. That would be a reason to see your
doctor. Other danger signs for children, and for adults, would be any difficulty breathing — any grayness or blueness around the lips. Those would be reasons to seek medical care right away.

To test or not to test?

SheKnows: Also, some places perhaps might not test for Swine Flu, H1N1, and may think it’s simply a regular flu virus. When, do you think, you should be a little pushier with
your medical professional that you get that test?

Dr Besser: That’s a really good question. Earlier, when there weren’t other viruses around, anyone who had flu symptoms who came in would not be tested for Swine Flu.
Right now when there are look-alikes around, testing makes more sense, but there is an important message on this one, the tests that are out there are not very good. Doctors, who are suspicious
that a patient has Swine Flu, should treat high-risk individuals regardless of what the test shows. 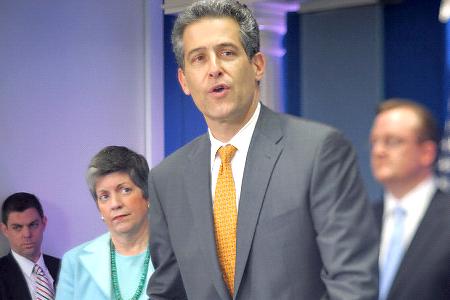 Dr Besser: If you’re a pregnant woman who has flu symptoms, you should be treated for Swine Flu regardless of what the test shows.

SheKnows: That’s a really good point. If people get the H1N1 vaccination, should they also get the season flu shot?

SheKnows: Of the two, which would you say is more important to receive and why?

Dr Besser: They are both important. It’s hard to prioritize. If you’re over 65, the season flu is definitely the one that you should be most concerned about. If
you’re a young individual, the Swine Flu is the one that you are at greater risk for. If you have an underlying medical condition or if you’re pregnant, both of them are very important.

SheKnows: Some people, particularly parents, are concerned about the side effects of H1N1 vaccine, what have you found in your own research as to any kind of side effects?

Dr Besser: I think there’s a lot of misinformation circulating around the side effects of the vaccines. The Swine Flu vaccine and the seasonal flu vaccine are made by the
same companies, using the same factories, using the same procedures, same safety testing that have been done for flu vaccines every year. The main side effects that are seen with both of these are
redness and soreness at the site of vaccination if you get the injection. If you get the nasal vaccine, the leading side affect may be a little fever in the day or so after you get the vaccine. Flu
vaccines are given to more than 100 million people each year and have a very good safety record. 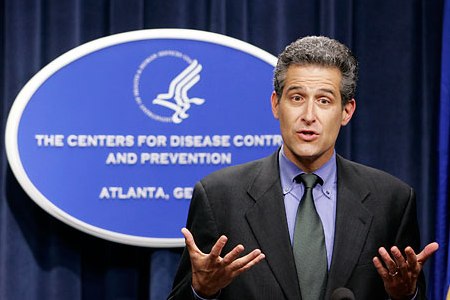 SheKnows: Are you aware that pregnant women were involved in any of the research that went into the approval of the Swine Flu vaccine?

Dr Besser: I know that there is testing going on now in pregnant women looking to make sure they get the same immune response as other individuals. There is no reason to assume
that they would not. The flu vaccines are given to pregnant women every year. Millions of them have received the flu vaccine and they have had a very good safety record in pregnancy. There are
no side effects beyond those seen in other people.

SheKnows: Lastly, what would say is the biggest misconception about the Swine Flu? Or maybe, there’s more than one?

Dr Besser: There are two. One has to do with the safety procedures around the manufacture of this vaccine. That it was somehow different than other flu vaccines. It’s not.
The other misconception, that the Swine Flu is all mild. Thankfully, for most people it is, but for individuals who are at greater risk and for those unfortunate individuals who have a bad course
of it, it can be very serious.

SheKnows: Thank you so much doctor. I really believe you are being a life-saver to our readers.

Dr Besser: My pleasure, and good luck with your website.

More on swine flu and the H1N1 flu vaccine