Polio is a potentially debilitating viral disease that can be prevented with the polio vaccine. 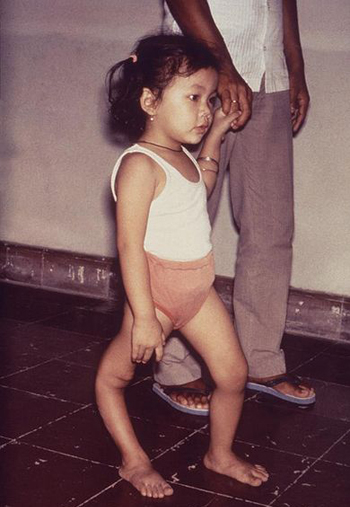 Polio is caused by a virus that is usually spread by oral contact with infected feces — for example, via a contaminated object (such as a utensil). The virus can remain in your body for anywhere
between three and 35 days before showing any signs. Although most cases are mild and not life threatening, the virus can cause paralysis. It is recommended that all infants receive the vaccine
series (called IPV) as part of their routine immunizations until 18 months of age, followed by booster shots between the ages of 4 and 6. Those who have severe allergic reactions to components of
the vaccine, or those who have an illness at the time, should not get the vaccination.

Many people who have contracted the polio virus do not show any symptoms. Others have flu-like symptoms of a fever, sore throat, nausea and vomiting. Some develop meningitis with temporary
stiffness in the neck, back and legs. And a few develop flaccid paralysis, which leaves the victim with very weak limbs that are difficult to move.

Although polio has not been an issue in the western hemisphere since the early 90s, it is still highly recommended to immunize children in the United States. This is mainly because polio is still a
widespread virus throughout Africa and Asia, and it could easily find its way into North America.

Post-polio syndrome (PPS) can occur in adults who suffered from polio as a child, bringing on a new round of symptoms including muscle pain, weakness and/or paralysis.